Album Review: Georgi Kay – Where I Go To Disappear 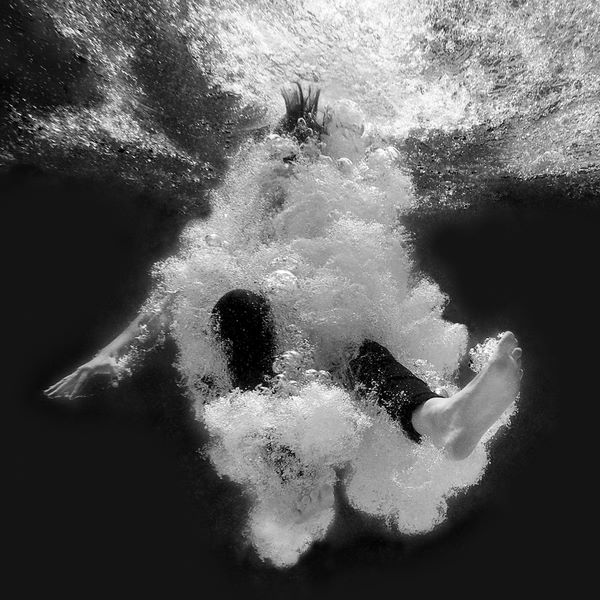 Clouds of black smoke and a fascination for the macabre, weird and wonderful construct the skin for this thrillingly dark debut. Kay's inherent electronic technique and nostalgia collectively write one of the most of cohesive and engaging debut albums of this decade.

Picture this: You’re still coming down from the Hallowe’en high – you’re not yet ready to relinquish the monsters that, for one night only, you willingly unleash upon family, friends and strangers alike. It’s back to the mundane, but you need that last hit of eeriness to satiate you until the Christmas buzz kicks in. Well, in a number of days, Georgi Kay will be providing you with the said fix, in the shape of her debut album “Where I Go To Disappear“.

The album commences with the menacing synths of ‘Heavenly Gates’ and sets the tone for this tenebrous sci-fi-noir collection.
A ghostly aura encircles the confident strut of the percussion and the explorative nature of the synths on what could be described as a slow-burner on a Purity Ring album. Lyrically, ‘Heavenly Gates’ chronicles Kay’s acceptance of being independent, in spite of the doubts of those around her.

‘American Psycho’ carries the imperilling tone of its predecessor, but this time casts an unnerving grin over this lyrical tale of a character, affectionately named “Little Miss American Psycho”; a deadly being baring Cheshire Cat teeth.
As with ‘Heavenly Gates’, the dark wave-infused synths that frame ‘American Psycho‘ is welcome, yet a gloriously unsettling change of pace in the world of modern electronica; conjuring darkened images set among the greats of horror and sci-fi cinema.

‘Toxins’ has been described as Kay’s favourite song on the album; spoken from her most honest within. A creeping spectre casts the shape of this ode to one’s insecurities, with synths lighter than air, and colder than ice, the song recalls moments from the production back catalogue of Oneohtrix Point Never.

‘Special’ is a moment that perhaps finds “Where I Go…” at its most unsettling. As Kay professes how precious the person to whom she sings is to her, she is stalked by a soundtrack the recalls ‘Tubular Bells’ if it were to be put through a Stranger Things filter. ‘Special’ brings the term “Fatal attraction” to mind, as it fuses Kay’s longing confession with a foreboding horror score binding.

‘God Complex’ changes the tone dramatically – where the first four songs were notably icy and haunting, ‘God Complex’ shakes that habitual eeriness for something more experimental and skittishly beat-driven on this tongue-in-cheek dedication to one’s own infallibility. Meanwhile, ‘The Outside’ takes us back to the icy streets that pave the album with a glare of alluring menace. Kay’s trademark sci-fi-cum-darkwave match Kay’s thinly-veiled warnings perfectly on this cry of disappointment and exile.

‘Lone Wolf’ comes out from the sci-fi aura that casts its shadow over this album and dips its toes into 80’s synth pop to bring this ballad of isolation, sentiment, and acceptance. Kay’s lamenting is backdropped by a more minimalist adaption of her musical capabilities; a simple beat, bright arpeggios, and ambient drones providing the bass.

The further you fall down the albums rabbit hole, the more entranced you become by its darkness; and as a result, it becomes easy to miss the ear-worms that Georgi is more than capable of writing. ‘Guilty Pleasures’ is one such ear-worm – an inquisitive exploration of love, lust, and all sensations that rest between.
Kay’s gift for loop-smithery is at its most fervent on this tale of taboo desire; she has been noted for her use of vocal loops in her live shows, and on ‘Guilty Pleasures’, she contorts her smoky vocals into a middle eastern-reminiscent melody.

‘Wake Up’ is felicitously ghostly. Guided by galloping tribal rhythms and in a perpetual progression, ‘Wake Up’ rings like a dance-anthem from a more macabre reality. The drums sound a repetitive beat as the synths and vocal loops provide the anticipation of an EDM-drop that will never be.

‘We live in a scary time; scary place, scary people’ Kay states on the album’s stifling lead single, ‘Scary People’; a commentary on the modern political climate. It was here that Kay first debuted an adoration for dark textures and vocal contortions aloft modern beats and sweltering ethereality. And lastly, ‘Valentine’ calls the curtain on the album with something new as Kay’s ghoulish sensibilities expose an old soul; Perhaps “Gothic doo-wop” is the best description of this smoky and unusual R&B slow jam. However, even when veiled by her signature clouds of thick darkness; Kay manages to convey her love to her paramour for a delightful close to a wonderfully grisly album.

Brimming with charcoal clouds of smoke, macabre nostalgia, snarling rhythms and a welcome starting soundtrack to the biting days of winter; Georgi Kay’s thrillingly grim and tenebrous debut album is one for the ages to those with a love of the weird, dark and wonderful.

“Where I Go To Disappear” comes out on November 2, via Monoki Records, and is currently available for pre-order.
Watch the music video for ‘Toxins’ below