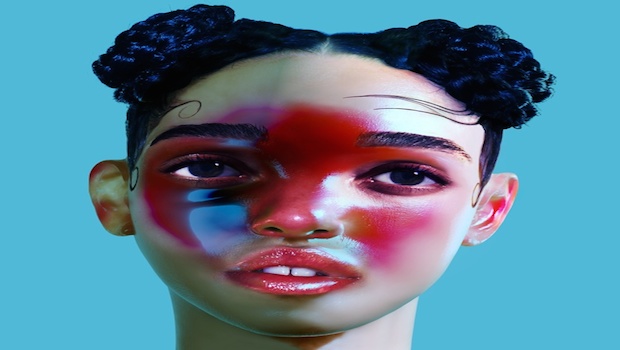 For two years, the phantasmal chanteuse has been patiently lying in wait on the perennial hype wagon and with each release; she unleashed new levels of subtle, yet unearthly and disturbing genius. Since 2012, her EP’s have given us such treats as ‘Weak Spot’ (A venom-laced whisper in your ear that smiles with the unhinged grin of the Cheshire Cat), ‘Ache’ (A Weed-addled number that stirs through waves of crackling ghost snares and dense breathing), ‘How’s That’ (An off-kilter spectre, full of warped seduction and luxurious textures) and ‘Papi Pacify’ (An hazy earthquake full of snarling vampirism and Tricky-like atmospheres).

Twigs has never been afraid to experiment with her music, but the one thing all of the songs have in common; lyrics, while short and sweet, brimming with hyper passion & sexuality. Both ‘EP1’ & ‘EP2’ explored the singer’s confidence and sexuality through the negative space of “Future R&B” production and debut album ‘LP1’, follows suit.

‘Preface’ begins this ghostly tale through layers of breathy Snow White-like birdsongs (As seems to be her trademark). Albeit a short staying track, the production boasts the tension of a prologue in a sci-fi movie.

‘Lights On’ begins like a misshapen Jack-in-the-box on guitar, but soon moves into the provocative negative-space that twigs’ music is known for. The track evolves into a piece of seductive contortion, complimented by it’s progressive arabesque thread.

‘Two Weeks’ is the song that began the album movement and is probably the first time she’s stepped out of the shadow of 4AM darkness and into the light. ‘Two Weeks’ is a testament to twigs’ skill as a vocalist as her sky-high vocals expand in synch with the rich atmosphere and raining drones.

‘Hours’ is as stark and icy as they come. The Dev Hynes-produced track recalls fellow minimalist James Blake with an Eastern Timbaland-produced vibe. “I could kiss you for Hours” is the central lyric and the music carries a certain vulnerability that comes with such an embrace. But at the same time, there is a level of confidence and threat that commands your attention.

‘Pendulum’ is every bit as enrapturing as the previously released ‘Water Me’, the jarringly mercurial behaviour of the sounds that occur in the song are what fight for your approval but it’s the spell that twigs’ voice weaves with every sublime note she effortlessly delivers that proves the winner in the struggle.

‘Video Girl’ stems away from the tales of lust and rapture and depicts twigs’ frustration with her own past as a backup dancer in two of Jessie J’s videos.

The lyrics on ‘Numbers’ talk about being another notch on the bedpost and are delivered in such a way that they could be responding to those of any song recorded by noted lyric-lothario, The Weeknd. While delicate in the vocals, the understated intensity in the music bubbles like a slow burning rage that could erupt at any moment.

If R&B contemporary Wynter Gordon had recorded the songs of Lana Del Rey’s ‘Born To Die’ album, they might sound something like ‘Closer’. Trip Hop elements shine through on ‘Closer’, and when accompanied by twigs vocals, the track’s celestial body glistens like the sun on morning dew.

‘Give Up’ recalls Jhene Aiko’s subtle beauty and combines it with BANKS’ R&B swagger. While closing track ‘Kicks’ takes us back to the twigs’ that would lurk in the dark, coated in shadows of echoes and luscious soundscapes.

While ‘LP1’ stays firmly within FKA twigs’ personal realm of Alien-R&B, she demonstrates it’s many faces with confidence, but also delivers an imitable frailty. In the ocean of house music that currently dominates our charts, she is the mesmerising siren song that you hear in the mist.

‘LP1’ will be released on August 11 through Young Turks.

Watch the video for ‘Two Weeks’ below: