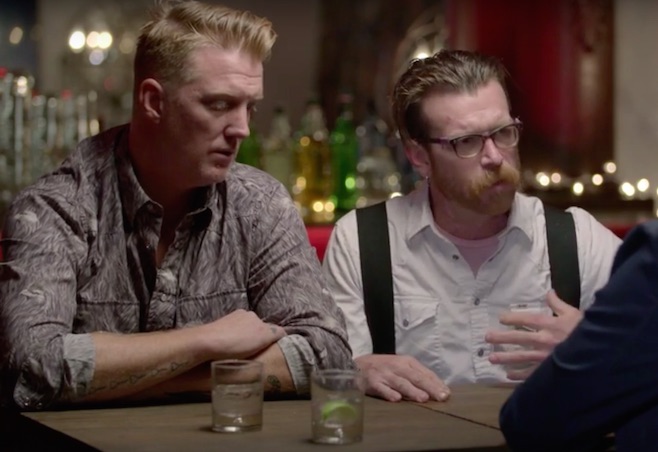 The duo open up about The Bataclan attacks in new interview with Vice.

The Eagles Of Death Metal duo, Josh Homme and Jesse Hughes, have opened up about the massacre in The Bataclan. The pair were playing a sold out show at the Parisian venue before gunmen stormed the building and murdered 89 concert goers. The band had previously released a statement following the incident, but have now spoken out about the attacks in an interview for the first time. Pitchfork described the interview as a “completely heartbreaking discussion of what happened that night.”

The full interview with be out next week, via Vice. You can watch a short clip from the interview below.