In defence of: Arctic Monkeys – Humbug 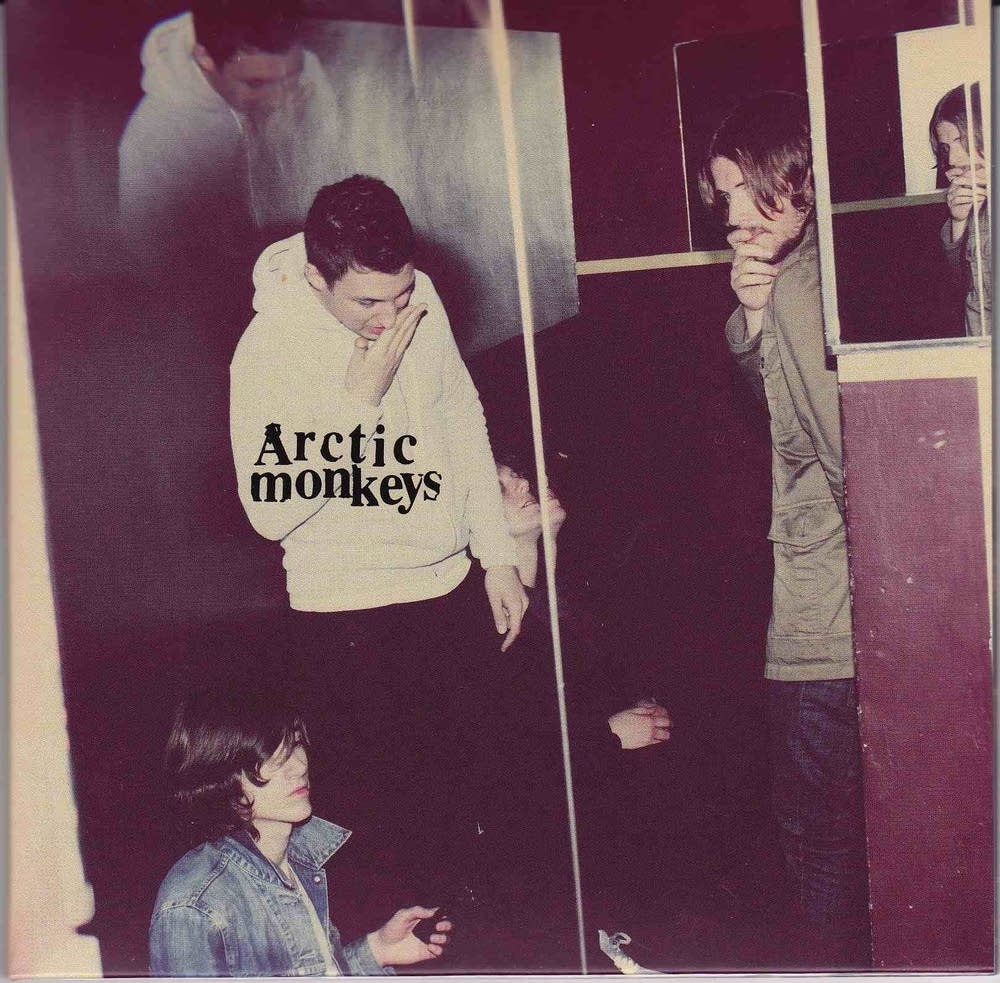 As the music world reacts to the news that Arctic Monkeys are releasing their long-awaited sixth album ‘Tranquillity Base Hotel & Casino’ on May 11th, fans of the group will soon have the answer of where the band have taken their sound since their last release in 2013.

Will it feature some of the arena groove rock found on ‘AM’? Somewhat likely.

Will it include elements of the cinematic sleaze of lead singer Alex Turner’s last musical output, The Last Shadow Puppets ‘Everything You’ve Come to Expect’? Also somewhat likely.
Or, will it be a return to their indie beginnings, the sound that they mastered of their beloved first two records ‘Whatever People Say I am, That’s What I’m Not’ and ‘Favourite Worst Nightmare’? Well, with a title like ‘Tranquillity Base Hotel & Casino’, I’d figure it’s not so likely.
The truth is nobody can really predict what the groups next project will sound like, though the space age title and artwork suggest a possibly prog-rock approach, and it is this unpredictability that has kept the Monkeys afloat after so many of their ‘contemporaries’ quietly bit the dust post-2008. This is largely because on the groups’ third album, ‘Humbug’, they put aside songs of taxi rank fisticuffs and nightclub nervousness, and instead decided to enter the Joshua tree alongside Queens of The Stone Age frontman Josh Homme, grow their hair out long and make a desert rock record.

It is clear to see now in retrospect that without ‘Humbug’, it is unlikely that the band would go on to record an album like ‘AM’ and though the latter is held in higher regard,

Whilst well received on impact by both critics and fans, the album now seems to have become the groups ‘middle child’, overshadowed in praise and affection by bookending albums ‘WPSIATWIN’ and ‘AM’. True, it doesn’t feature either the youthful spark of their debut album or the transatlantic cool of ‘Suck It and See’ and ‘AM’, but this to me is an unfair judgement against the album, and I feel it is my duty to make the claim that not only is ‘Humbug’ a great album; but it is the band’s greatest work. Yet.

It is clear to see now in retrospect that without ‘Humbug’, it is unlikely that the band would go on to record an album like ‘AM’ and though the latter is held in higher regard, I would say that actually ‘Humbug’ occupies the sweet spot of Arctic Monkeys sound. Turner’s voice is not quite the Vegas croon it is on ‘AM’, his native South Yorkshire scratch is still active, particularly on ‘Pretty Visitors’, where his rapid-fire delivery echoes that of punk poet John Cooper Clarke. But overall Turner’s vocal is significantly deeper, slower and sexier on this album, showcased immediately on the Bond theme like opener ‘My Propeller’. A snap of quick drums kick off the track, which leads into the seductive guitar riff, and the guitars on ‘Humbug’ are also somewhat unrecognisable from what we have heard previously. On ‘Crying Lightning’, ‘Dangerous Animals’ and the aforementioned ‘My Propeller’, the guitars have a desert slinkiness to them, heavy and at times alluring, whilst on ‘The Fire and The Thud’ and ‘The Jeweller’s Hands’, they shimmer sweetly, worlds apart from the quickly picked ‘Teddy Picker’ or tightly wound surf of ‘Brianstorm’ seen on the groups previous records. On ‘Humbug’, only ‘Potion Approaching’, with its staccato chops seem like it would have made sense on ‘WPSIATWIN’ or ‘Favourite Worst Nightmare’.

The strongest argument I can make for ‘Humbug’ being Arctic Monkeys best effort though, is found in Turner’s lyrics. Head and shoulders above most other groups in their generation

Musically, it is the bands most adventurous effort, and whilst I’d hesitate to call it a full-on psychedelic rock album, there are certainly elements of that here, such as the excellent guitar/vocal harmony at the end of ‘The Fire and The Thud’ or the dreamy, falling feeling found on excellent closer ‘The Jewellers Hands’. The band as a collective are on great form, particularly drummer Matt Helders, whose prowess on the kit had always been a notable strength, sounding particularly thunderous on ‘Dangerous Animals’ and ‘Pretty Visitors’. Nick O’Malley’s bass is thick and groovy and combines well with Jamie Cooks’ guitar on ‘Crying Lightning’, and the two meld successfully together to build a dark tension on much of the album.
The strongest argument I can make for ‘Humbug’ being Arctic Monkeys best effort though, is found in Turner’s lyrics. Head and shoulders above most other groups in their generation, Turner has previously shown great talent in observing and turning the every day and uninteresting into thrilling and humorous dramas on such songs as ‘From the Ritz to the Rubble’, ‘A Certain Romance’ and ‘Old Yellow Bricks’. However, there is only so long you can play these cards, a third consecutive album about scummy men and stolen sweethearts when you’re the singer in the biggest band in the country might not have washed well with fans and so instead, Turner trots out his most expressive and opaque lyrics on ‘Humbug’. The topics are not completely alien thankfully; there are still songs about unrequited love (‘Secret Door’), the pitfalls of fame (‘Pretty Visitors’) and relationship bad behaviour (‘The Jewellers Hands’, ‘Dance Little Liar’). The lyrics are more playful and literate than seen previously, Turner opting for cheeky double-entendre’s “My propeller won’t spin, and I can’t get it started on my own”, superb analogies “Like a butler pushing on a bookshelf, unveiling the unexpected” and cryptic metaphors “Watching his exit, is like falling off the ferry in the night”, “You were gagged, bound and craft in a tale, trailing wrapped in a gasp” over the matter of fact realism he was previously known for. ‘Cornerstone’ is a strong contender for the greatest song Turner has ever written, a bittersweet acoustic number, which follows Turner through various pubs, hoping to find his lost and quite possibly imaginary lover.

Will my argument be enough to sway most people into believing that ‘Humbug’ is Arctic Monkeys best album? Most likely not.

The sweet simplicity of the track stands out against the moody haze of the rest of the album, and it features some of Turner’s most desperate and longing lyrics in “Please, can I call you her name?” and “I smelt your scent on the seatbelt, and kept my shortcuts to myself” a sentiment which would be carried over to the heartbreak tracks littered on follow up album ‘Suck It and See’.
When put together with the dizzying carnival of the music, the words help complete an enigmatic and intriguing soundscape for the album, as though Turner and Co have swapped a cab home in Sheffield for an open top ride through the California desert with Hunter S Thompson.

Will my argument be enough to sway most people into believing that ‘Humbug’ is Arctic Monkeys best album? Most likely not.
However, my main hope is that through this article, and as anticipation grows in the run-up to the release of ‘Tranquillity Base Hotel & Casino’, that some fans will go back and revisit the album.
It took a few times to get through to me, to shake the image of classic reeboks and blue Lacoste shirts and embrace the grown out, grown-up attitude of ‘Humbug’, but once I did, it has since remained my firm favourite.