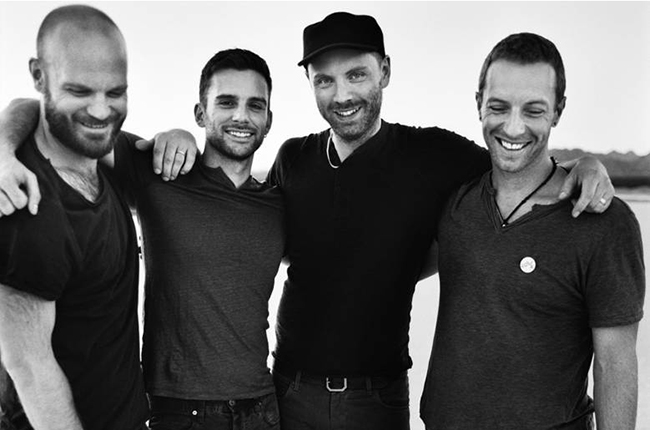 Appearing on Radio 1 yesterday (April 23) as special guests in the Live Lounge, Coldplay confirmed their appearance at the radio stations free weekend festival as the Saturday headliners as well as playing a new song named ‘Oceans’.

Coldplay are the first headliner to be announced for the free ticket festival which takes place at Glasgow Green this year over the weekend of May 24 and 25, Coldplay will join previously announced acts Paolo Nutini, Rita Ora and The 1975 at the bash.

The weekend will kick off on the Friday, with Radio 1 DJ’s Annie Mac, Zane Lowe, Pete Tong and Danny Howard joined by a host of other DJ’s for a party in George Square, Glasgow.

Coldplay’s forthcoming album ‘Ghost Stories’ is expected to be released on May 19th, the week before their headline slot at the Big Weekend.

Listen to the new track, ‘Oceans’ from the Radio 1 live lounge here: