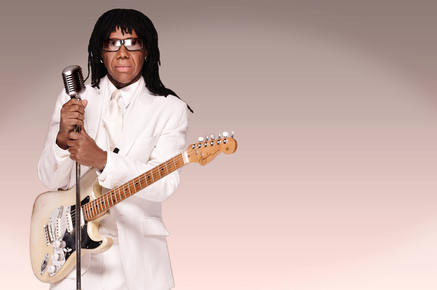 The final headliner for this year’s Bestival has tonight (February 24) been announced as disco legend Chic & Nile Rodgers.

Joining recently reformed Outkast, Beck and indie rockers Foals in topping the bill at the festival, Chic & Nile Rodgers will close the main stage on the Sunday.

With this years festival theme as ‘desert island disco’, there seem’s no artist more fitting than Chic to play the most iconic slot at the festival that has been played by Stevie Wonder and Elton John in recent years.

The rest of the line-up for Bestival 2014 will be announced in the coming months, the festival takes place on the Isle of Wight from September 4-7.