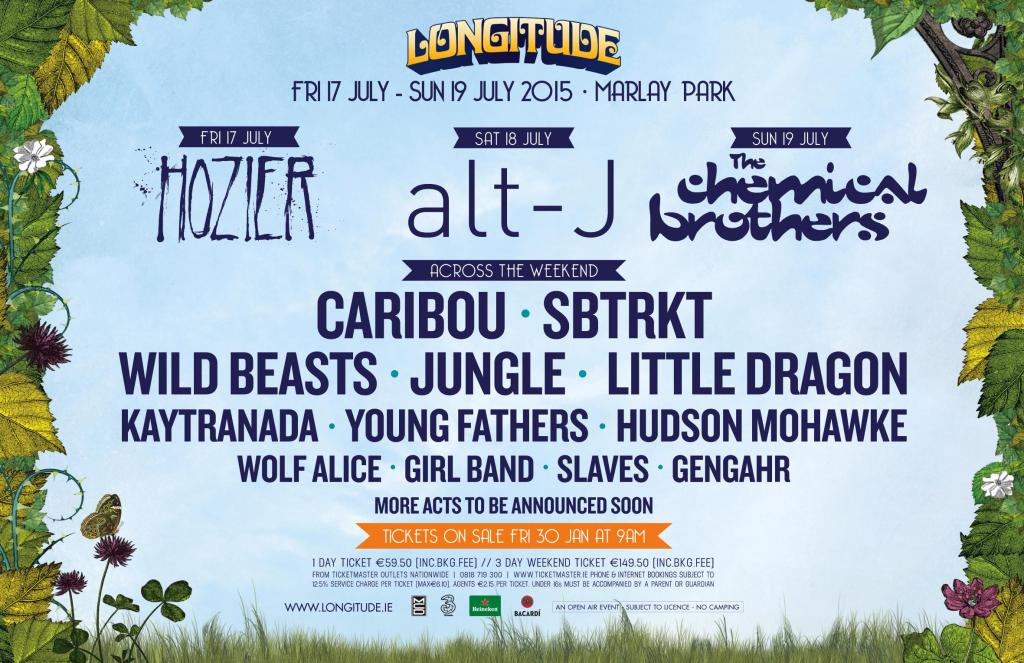 Saturday 18th’s headliner is the indie pop smashers and Mercury prize winners, Alt-J. Following the highly acclaimed release of their latest album ‘This Is All Yours’, the band will be extremely well received in Dublin’s Marlay Park this Summer.

Closing the three day festival on Sunday will be The Chemical Brothers. Redefining live electronic music for the last twenty years, their sound will bring the perfect closing to what promises to be an incredible line-up.

Joining these three big shots will be the likes of Caribou, SBTRKT, Jungle, Little Dragon, Girl Band, amongst many many others announced, and to be announced.

Stay tuned for all your Longitude 2015 news.

And more to be announced