Barn on the Farm 2014: The Highlights 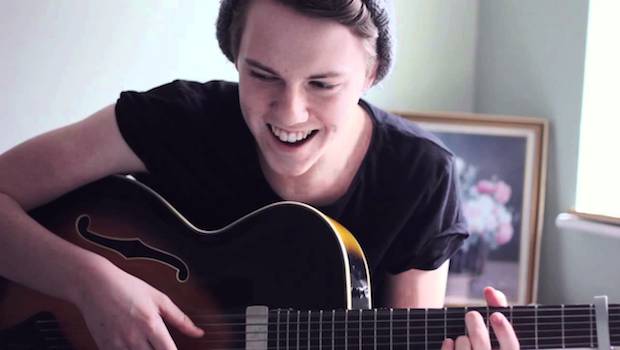 Just one day after Gloucester’s Over Farm was vacated and the post-festival blues are already kicking in. So we thought we’d relive it and deliver just a few of our highlights from the weekend at Barn on the Farm.

From beginning to end, the festival adopted a friendly, chilled atmosphere, encouraged by the firm line-up of both relatively established alongside a talented up and coming bunch.

We thought we’d recap on our top three acts that really shined through over the course of the weekend.

Hailing from Scotland, Prides are relatively new guys on the radar, but obviously sparked enough expectations to be placed on the Main Stage this year. The trio took their alternative synthpop energy to the stage to kickstart the batch of early evening acts in anticipation of the Saturday headliner, Hozier. Upbeat melodies and a pumping, energetic stage presence pretty much sums up this festival set from Prides. A well-suited festival act. We won’t be surprised if we see them headlining various festivals next Summer.

Fortitude favourite, James Bay grabbed an early evening slot on the atmospheric Second Stage at BOTF ’14. Attracting a massive crowd to gather both inside and flooding around the outskirts of the barn, Bay performed a set of released material from both his first EP ‘The Dark Of The Morning’ and his second, most recent release ‘Let It Go’ as well as his fresh, new track ‘Hold Back The River‘. Stripping the festival vibe down to a delicately chilled, yet passionate affair, James Bay pulled off one of the most impressive sets we’ve seen in a long time.

Taking the title and our tip top approval for the weekend in its entirety is a Fortitude regular at this stage – Callum Burrows, aka, Saint Raymond. One of the most anticipated acts in the lead up to the festival, the question of why Saint Raymond wasn’t on the Main Stage bill lingered around Over Farm both before and after his flawless performance. Nonetheless, he drew one of the biggest crowds seen at the Second Stage at this year’s event, getting fans and newcomers hyped up with a promising selection of his indie-pop pounding releases. Receiving a nothing less than deserved response from a massive crowd, we vote Saint Raymond to come back and headline BOTF next year. Make it happen guys!

An extremely admirable festival which has everything in place – from the different socialising areas, to the VIP Green Room, the sheltered stages (quite literally in barns… on a farm!), and most importantly the line-up alongside the structuring of the schedule – clashes are not to be had, the way it should be. Hats off!