White Lies Announce New Album Details And ‘Getting Even’ Stream 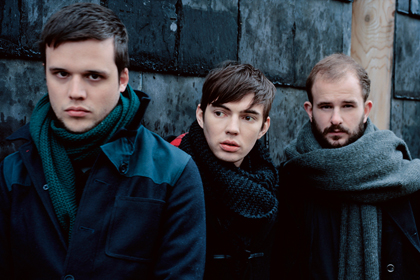 White Lies have announced details of their 3rd album, ‘BIG TV’, which will be released through Fiction Records on Monday August 12th 2013.

The 12-track album was produced by Ed Buller, mixed by Mark ‘Spike’ Stent and recorded early 2013 at the ICP studios in Brussels, Belgium, and will be preceded by the release of the single, ‘There Goes Our Love Again’, which is out on Monday August 5th.

The track listing of the album is as follows:

The first new music from the album, ‘Getting Even’, has been made available as a free download via the band’s site, www.whitelies.com. The track can be heard below: 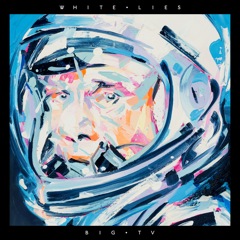 ‘BIG TV’ will be released as both a regular CD and a deluxe 2 CD hardback book edition, the deluxe edition features 7 original demos of songs from ‘BIG TV’ and stills from the studio sessions shot by Max Knight. The album will also be available digitally and on 180gsm vinyl.

The sleeve of the album features the striking image of an astronaut ‘Pilot 2’, part of a series of space-exploration themed paintings by artist Michael Kagan – www.michaelkagan.com.

White Lies have also announced extensive European & North American tours in the autumn. They additionally play a number of festival shows over the summer, including a slot on the main stage at Reading/Leeds Festival. The list of dates is as follows: