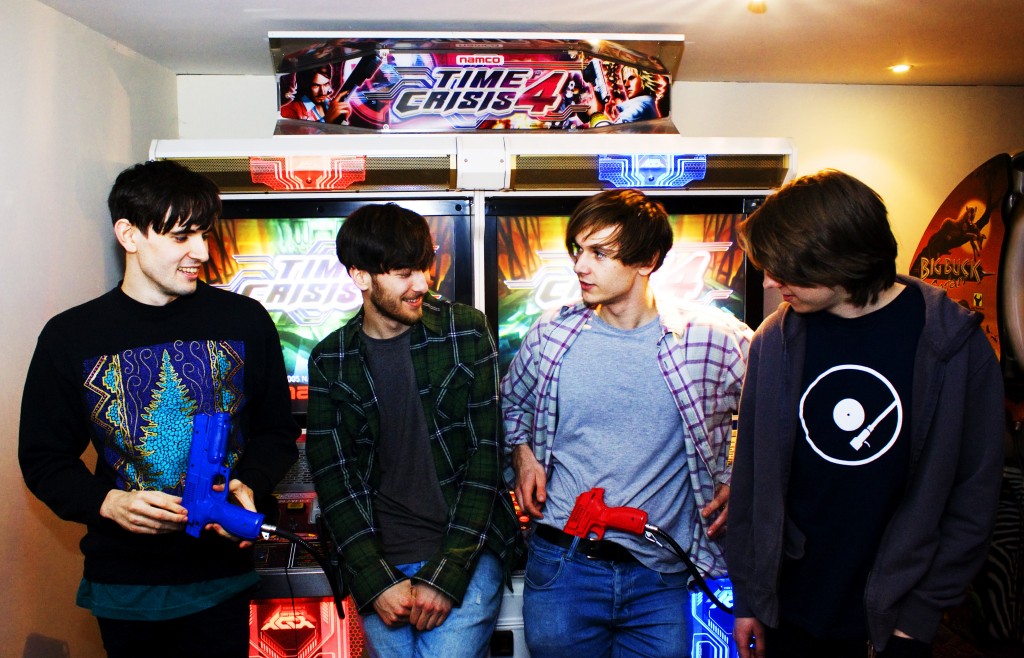 Tripwires have unveiled the video to their huge track ‘Shimmer’, taken from their debut album ‘Spacehopper’ released June 17th via Frenchkiss Records.

The track, available digitally from 10th June, is a soaring space-rock anthem, floating effortlessly in the space between stadium sized indie-rock and hazy psychedelia.

Of the video, singer/guitarist Rhys Edwards said: “We really liked the idea of building a room out of tin foil, but somewhere down the line we got bored of that. We then decided to get a load of people to come down and rollerskate around the set. That was a lot less lonely, and a lot more fun”.

Check out the video, below:

The track is taken from the Reading band’s debut album ‘Spacehopper’, released on 17th June through Frenchkiss Records (Bloc Party, The Antlers, Local Natives). Recorded in New York and produced by Deerhunter and Animal Collective producer Nicolas Verhnes, ‘Spacehopper’ marks the true arrival of one of the UK’s most atmospheric and self-assured young bands.

The band also announce their album launch show at London’s Barfly on June 20th, with support from Sky Between Leaves and Parlour. Tickets are available from: ticketweb.co.uk