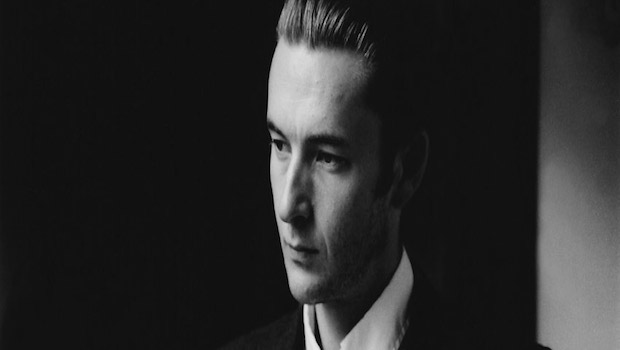 Johnny Marr, John Squire and The Clash’s Mick Jones don’t sign any old sod’s guitar, you know? So, Derbyshire’s Tom Bright must be doing something right. Indeed, his new track ‘Berlin‘ is a testament to his hard work, his rise from the bottom, and a gritty showcase of his raw, arty sound.

With a voice resembling what can be described as Alex Turner’s and Damon Albarn’s lovechild, Bright’s cold-blooded brand of acoustic pop-rock, or ‘grit-pop’, as he himself puts it, is a glassy rattle of angst and melodrama: “Mother nature, she ain’t what she used to be, she’s bruised and battered”, he bellows, in an overly chilled tone. Behind him cackles the straight twang of picking guitars, an ‘ooh’ of vocal harmonies and the slow-plunging grimace of the double bass, and lonesome kick drum.

This dystopian, cobblestone vision of ‘Berlin’ is complete with Bright’s harsh, Northern inflections. Typically, it’s refreshing to hear a sense of place and locality leak through into an artists music. After all, artistic expression can never stray too far from home, surely? Bright treats ‘Berlin’ as an abused mistress. The place of his birth, he tells the tale of Berlin’s fate to whimper alone, as the raw, almost off-rhythm melody carries the emotive tune and anguish that’s left.

Little Eaton’s Tom Bright scolding take on pop is a far cry from your typical lullaby, but tied closely to this very idea. As far as pop music goes, ‘Berlin’ certainly captures the ‘grit’ that Bright aims to sink into his music. His sound is interesting, bullish and, above all else, raw.