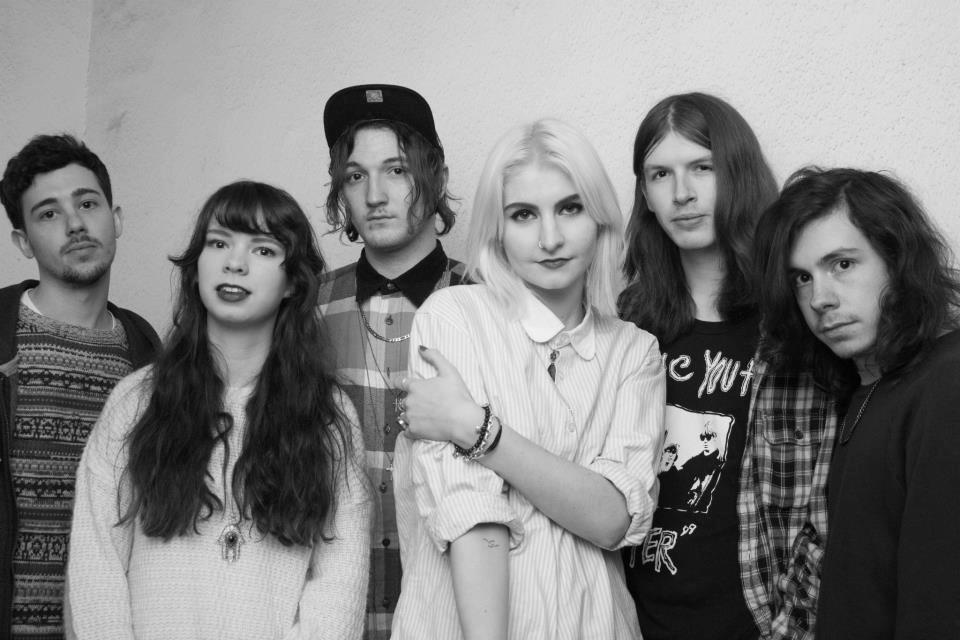 London-based six piece Sheen have unveiled their debut release ‘Lovelust’, which is now available to download for free.

First premièred this week on Artrocker.tv, ‘Lovelust’ was recorded and mixed with Samantha Bennett (Boy Kill Boy, The Horrors) and mastered by Grammy nominated producer Mandy Parnell (Animal Collective, PJ Harvey, Bjork) in Black Saloon Studios. This will be the first track ahead of their first official single release later this year.

Echoing elements of The Smiths by mixing a Morrissey-esque jaunty gloom with light and delicate guitar work, ‘Lovelust’ offers a refreshing contrast between lead singer Aneta Wrzos’s sultry voice against the youthful carefree nostalgia of a track that has arrived just in time for summer.

Check out the single below:

Known for their eclectic live shows and performances at Leopalooza and Artrocker’s New Blood Festival, Sheen will be playing a headline show at London’s Old Blue Last on June 14th to celebrate the release of ‘Lovelust’ before performing at Sheffield’s Tramlines Festival in July. The band will return with their first official single release later in the year.