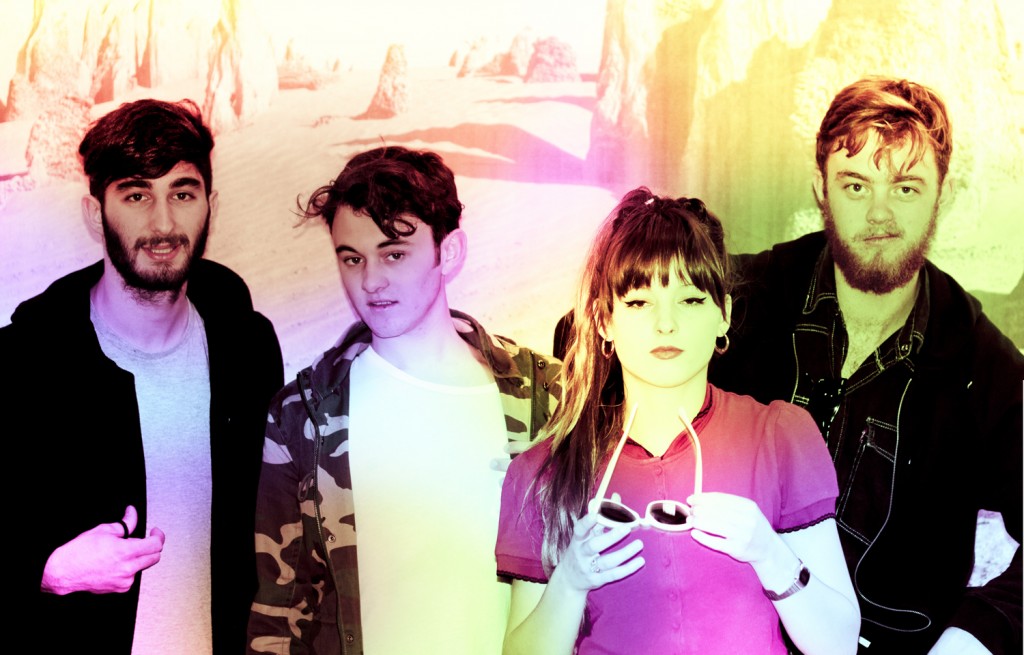 Australian indie rockers San Cisco will be back on UK shores this October as they take the road around the UK.

Former school friends, Australian four piece San Cisco are set to release the single ‘Awkward’ in the UK on August 5th which is taken from their forthcoming self-titled album which will be released through Columbia Records on October 7th. The band will also be making an appearance on the Festival Republic Stage at this summer’s Reading & Leeds festival.

San Cisco craft a melodic upbeat sound so infectious and sun-kissed that you’d think the spirit of a lesser-known Beach Boy has been grafted into their songwriting sessions. Hailing from Fremantle, the three boys (Jordi, Nick and Josh) and one girl (Scarlett) made a sizeable splash in their native land a year or so back in the top ten and – as these things go – with a multi-million views YouTube clip with ‘Awkward’. The band say “we see it as the brat child of our music catalogue”, and they wrote the song in just two hours. The lyrical narrative is about a flash pan romance that devolves into pure stalking, and has a promising touch of the macabre.

You can see the video for ‘Awkward’ below:

San Cisco‘s self-titled debut album will be released on October 7th and is a teenage riot of love, pain and short attention spans. They’ve got everything covered, from surfing to mixtapes, friendship to videogames, and it’s all there in short, sweet bursts of jangly pop joy.Whether they’re singing about having too many thoughts running through their brain (on the fuzzy disco of ‘Wild Things’) or realising you might not be good enough for your girlfriend (the lively nostalgia of ‘Fred Astaire’), it’s impossible to resist their infectious buzz. ‘Awkward’ will be the third single to be taken from the album following those two songs, and the band have also previously put out the Beach EP , which was released late 2012.

San Cisco spent the first two months of 2013 supporting the Vaccines on tour in the US and made their SXSW debut in Austin TX this March. They have just come off an extensive European & UK tour as the main support for Darwin Deez. We can now announce the band will be back in the UK for the following shows: