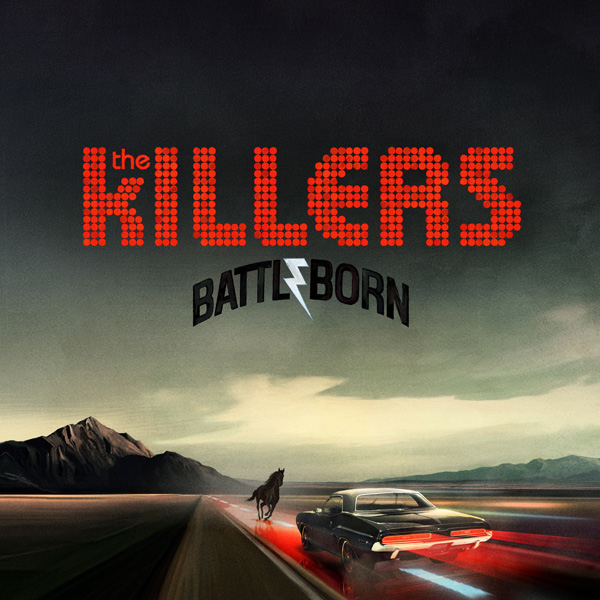 Returning from their solo projects, The Killers are back with their highly-anticipated fourth album, ‘Battle Born’. It has been nearly 4 years since the Las Vegas quartet released any studio material and expectations may prove to be higher than the reward itself, unfortunately.

The band may have picked up where they left off with ‘Day & Age’, but failed to include some of the more commercial qualities that came with that record – ‘Human’ and ‘Spaceman’ being key examples to their pop qualities.

It has been a long time since we have experienced anything nearing their qualities that were so easily captured within their début album, ‘Hot Fuss’, or even their less successful follow-up ‘Sam’s Town’. After the quartet ventured off into their solo projects, with Brandon Flowers (singer) releasing his solo album, Ronnie Vannucci (drummer) leading the ranks in Big Talk, Mark Stoermer (bassist) going solo and Dave Keuning (guitarist) working with We Are Hyena, there was (for me in particular) heavy excitement that the band could recapture their “indie-rock” essence and provide a record that re-visited my youth.

The record does offer some qualities, their ambition to juggle song styles and provide the listener with something different with each track does keep you hooked, but it unfortunately doesn’t offer anything too memorable that will want you to stick the record on repeat.

The quartet has offered an album that won’t help to captivate any new audiences too much, but it will continue to strengthen their strong connection and relationship with their current fans. It’s a record full of mediocrity, with a hint of love.

The Killers – Runaways (Taken off the album, ‘Battle Born’):