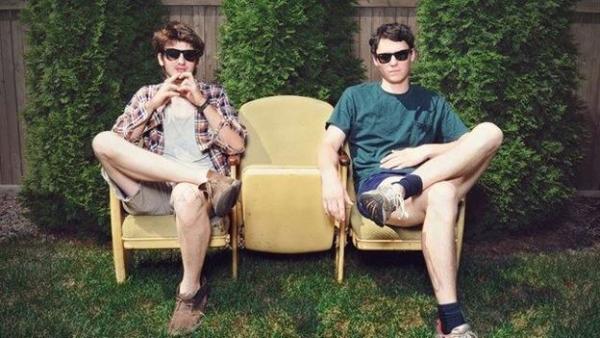 If you ever find yourselves in Kings Heath in Birmingham i’d recommend you  find your way to the Hare & Hounds on the high street. As well as great staff the pub/music venue also puts on fantastic live music. Live music like New Jersey Folk Punk outfit The Front Bottoms.

Opening the night was west midlands based 4 piece Viva La Revolution. Starting the night off energetic pop punk. With influences like Green Day, Bowling for Soup and Sum 41 you know these guys are going to put on a good show and they did just that. Interacting well with the crowd between playing original songs and a cover of Bowling for Soups “The Bitch Song”.

Next on  stage was “Cry Baby Emo pop” group Panda Watch. You could tell the 3 piece was very nervous during their first song but after they finished playing the first song and received their first round of applause they grew in confidence and played a mixture of both original and truly superb cover songs. Cover songs that included a mash up of The Calling. The Black Eyed Pea’s and that Eamon “I don’t want you back” song. Another cover was a punk version of R-Kelly – Ignition and then finally what could well win the award for best live cover song ever, Rick Astley – Never Going To Give You Up. But don’t let the brilliant covers make you think their original songs were no good. With bouncy, energetic and emotional songs “Cry Baby Emo Pop” is certainly a genre I could get on board with and happily listen to on a daily basis.

What was great about the night was during both support acts and in between The Front Bottoms were stood in the crowd appreciating the music that was being played and happily chatting with fans. Which is something I have not saw in a long time and was very nice and refreshing to see.

Opening their set with “The Beers”, the song immediately got the crowd bouncing and singing along. Following that they played “Rhode Island” another energetic, sing along track with the added brilliance of a trumpet.

Keeping up the tempo and energy The Front Bottoms played the opening track from their self titled album album “Flash lights”. A fan in the crowd summed up how good this set already was 3 songs in by rolling a cigarette and then sitting down, hiding and smoking his cigarette in the venue so not to miss any of the set while satisfying his cravings (Disclaimer – This is something at Fortitude Magazine we do not condone!)

With the new album “Talon of the hawk” out towards the end of May The Front Bottoms treated fans to a new song. The short but very catchy “Au Revior”. After playing some more of their self titled album The Front Bottoms played some older songs and then played another track from Talon of the Hawk, lead single “Twin Sized Mattress”. Not before lead singer Brian Sella chugged a pint of water, much to the crowds amazement. Twin Sized Mattress went down brilliantly with the crowd already singing the track back to the band and dancing around.

The Front Bottoms closed off the show with a few more tracks from the self titled album. Fan favourites Maps and Legit tattoo Gun going down brilliantly with the crowd with the same man who decided to risk prosecution by smoking indoors pretty aggressively head banging to the final few tracks of the superb set by what is one of the best live bands i’ve seen in a very long time.

New album Talon of the Hawk is released on May 21st.