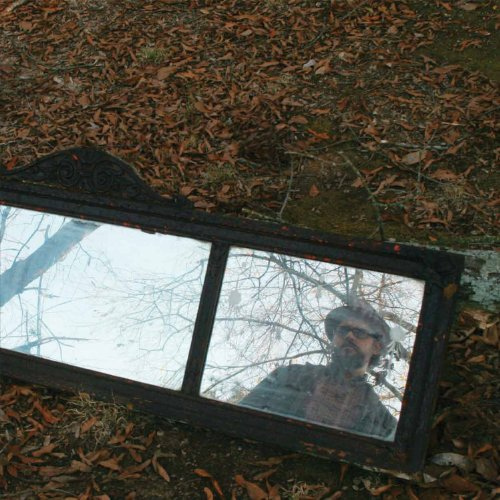 It would be hard to ever accuse Patterson Hood of laziness. Drive-By Truckers, the alternative country outfit he co-founded in 1996, have released no fewer than nine studio albums, and have toured extensively with the likes of Tom Petty and Alabama Shakes. In spite of this, Hood has managed to record three solo works: 2004’s Killers And Stars, 2009’s Murdering Oscar (And Other Love Songs), and finally this year’s Heat Lightning Rumbles In The Distance.

Acknowledging Hood’s well-documented direct, uncompromising and deeply personal writing style, parallels with his previous band’s work are to be expected. His Truckers cohorts feature heavily, with “upright but not uptight” piano duties falling to Jay Gonzales and Brad Morgan’s subtle yet intense drumming powering through from the background. The album also boasts cameo appearances from John Neff and Mike Cooley, offering pedal steel and banjo respectively. Production sees Hood teaming up with omnipresent Truckers producer David Barbe, whose disciplined yet effective bass playing can be heard throughout. Beyond this, however, Hood’s solo work is a very different animal indeed. Gone are the triple-guitar assaults, replaced by more reserved acoustic guitar work and frequent use of strings provided by Scott Danbom and Jacob Morris.

The album opens on a sombre note (’12:01′), with Hood filling the shoes of a man desperately avoiding his loveless home life, the singer’s high-range vocals piercing the murky depths of barely-strummed guitar, Wurlitzer piano and steady drums. The imagery is Hood’s typical stock: county state lines, liquor stores and late-night drives through desolate stretches of his native Alabama. It is these scenes that will form the backdrop of Heat Lightning; the perfect foundation for Hood’s observations of an imperfect world. The material seldom steps out of this dark territory, covering failed relationships (‘After The Damage’), broken homes (‘Leaving Time’) and the trials of being distanced from those you love (‘Fifteen Days’).

A brief respite arrives early on in the form of ‘Better Off Without’, as Hood dials up the electric and picks up the pace to ask aloud whether less can ever truly be more, resulting in an effect that would by no means sound out of place on 2011’s Go-Go Boots. ‘Depression Era’ finds Hood adding a soulful lilt to his vocals, telling the tale of the true grit of a Depression survivor. The contrast provided by the chorus refrain dropping to a bitter mutter suggests a deeper emotional undertone, perhaps implying multiple definitions of the era the subject is living in or a comment on modern attitudes in similar circumstances.

The album reaches its darkest depths with ‘Betty Ford’, in which the subject is forced towards an act of domestic violence in order to halt the one they love spiralling out of control through chemical abuse. Once again increasing in pace, the ferocity at which the listener is subjected to the plight of the singer barely allows time to process what is being said, with the true and terrible implications only dawning later on. The two highlights of the album arrive in the form of ‘(untold pretties)’ and ‘Come Back Little Star,’ and showcase not only Hood’s talents but those of his accompanying vocalists. The former, an extract from an uncompleted novel by Hood, is a slight departure from the rest of the album, with singing abandoned in favour of drawled spoken word akin in vocal style to that used on 2001’s Southern Rock Opera. “As far as I’m concerned it was the last time I saw her” Hood confesses, as he contemplates lost love, unfulfillment and family history, whilst Will Johnson’s fragile vocal accompaniment perfectly frames the most poignant line of the entire album. This ear for vocal harmonising returns in fine voice in the penultimate song of Heat Lightning, ‘Come Back Little Star’. with lyrics co-written by the album’s female singer, Kelly Hogan. The song is a touching plea for reconciliation, with Hogan’s sweeter tones offsetting Hood’s more biting vocals in beautiful yet delicate harmony.

Heat Lightning Rumbles In The Distance goes an exceptional distance to showcase Patterson Hood’s ability and versatility as a songwriter, if such proof were ever required. His songs demonstrate enough depth and variety to prove his solo work is no mere spin-off without compromising their strength, and portray emotion and imagery in a way that few musicians are able to achieve with such intensity. Easily rivalling anything in his existing body of work, this album would make a welcome addition to the collections of existing fans, and an excellent starting point for the new.