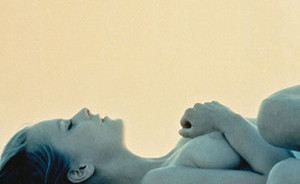 Liam Gallagher and his Beady Eye boys are back with the follow up to their debut album ‘Different Gear, Still Speeding’ with new album ‘BE’, and its certainly proved Liam has still got it.

Teaming up with producer Dave Sitek seemed a little bit of a gamble at first, but with his input adding some punch and shaking Beady Eye’s sound up, its certainly been a gamble worth taking.

The album is certainly no Oasis album as everyone secretly hopes, although Liam Gallagher said it never would be, album opener ‘Flick Of The Finger’ is one of Liam Gallagher’s finest pieces of music, thrilling from start to finish, brass instruments included yet still heavily influenced by the work of Dave Sitek. Moving into the next single ‘Soul Love’ see’s Liam firmly in his comfort zone, acoustic Brit-pop at its finest and Gallagher’s songwriting improving from a mediocre first album, lyrics such as “life is short, don’t be shy, spread your wings and learn to fly” from ‘Soul Love’ prove that.

The album is something that might even make you want to sit back and get your feet tickled by the NME… maybe that’s just Liam, apart from that awful lyric on ‘Second Bite Of The Apple’, the album provides a mostly acoustic Brit-pop record with obvious Oasis feelings, but also an album that punches in places with the more in your face tracks such as ‘Face The Crowd’.

‘Don’t Brother Me’ is a 7 and a half minute song seemingly a tribute to his long lost estranged brother with the repeated lyric ‘give peace a chance’, maybe Lennon’s soul is in him after all.. Moving to ‘I’m Just Saying’, see’s Beady Eye fall back into that Oasis sounding trap of ‘Different Gear, Still Speeding’, yet a track that would quite easily fit on an Oasis album.

Liam Gallagher will probably never have the lyrical talent of his brother, nor will Beady Eye ever be Oasis, but this is him getting back to his best; with Dave Sitek on board with the production, its certainly an album that won’t be written off like their debut.

You can see Beady Eye performing ‘Soul Love’ on Later with Jools Holland below: