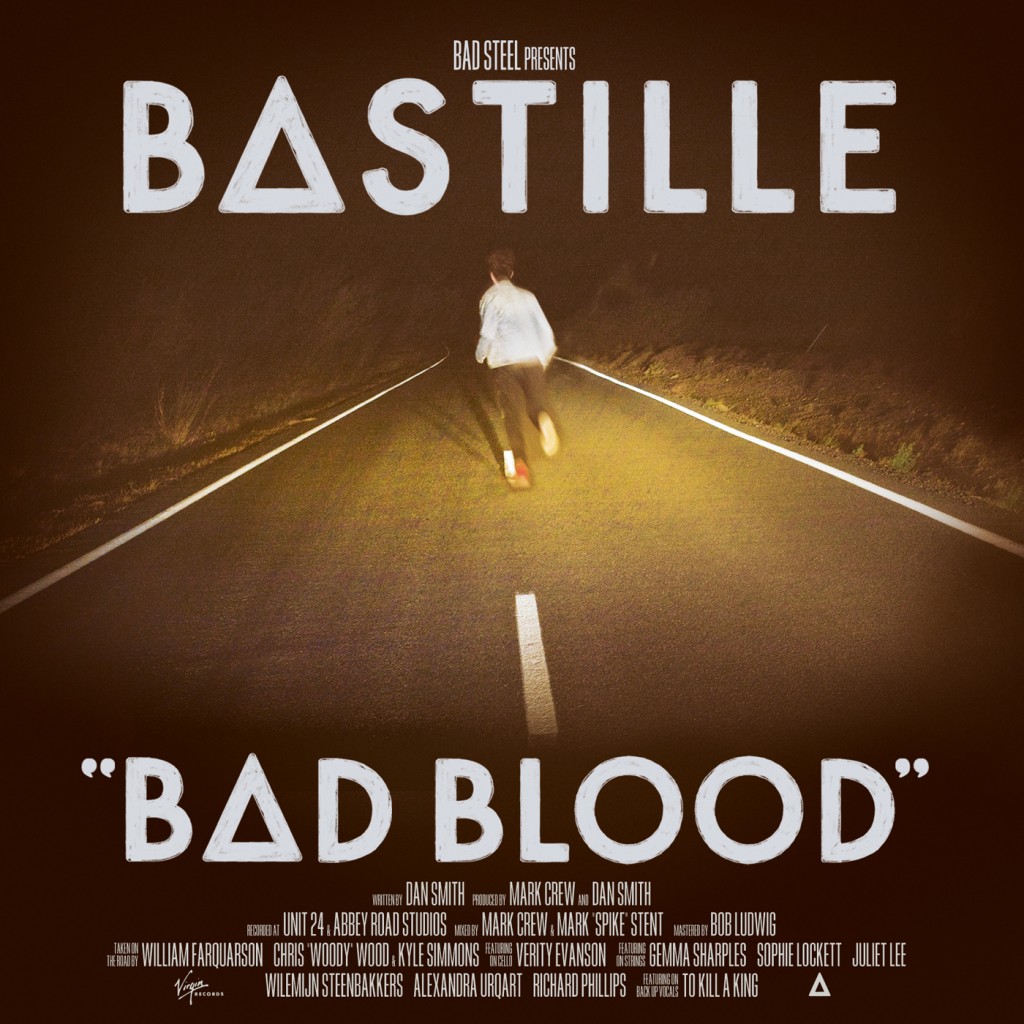 Following very successful single releases, including one of their most acclaimed songs, Flaws, and the latest, Pompeii, Bastille’s debut album is finally set for release on March 4th, eagerly anticipated by their rapidly growing fan base.

I’m sure for Dan Smith, it feels like this debut album has been a long time coming; having travelled from being a one-man band to the frontman of what is looking likely to be the “next big thing” in the music scene.

Bastille have never easily given themselves away for categorization; they could, in some cases, be put in the broad genre of pop, but be straight away transported to a category of alternative rock or indie once the second half of one of their songs kicks in. They have the ability to take a song from a clear pop genre, and transform it into something completely unique, as I’m sure anyone who has listened to their mixtape Other People’s Heartache will clarify. Bad Blood is just another perfect example of what Bastille do best- ultimately create their own sound.

The album opens with latest single Pompeii, the powerful, addictive song that kickstarts the album with a bang, painting a love story on the canvas of a volcanic disaster, introduced by a series of catchy “eh-oh’s”, and carried through with beautiful harmonies. With a clear love for metaphors, Dan moves straight to expressing the breakdown of a relationship, with the story a major fire sitting on the surface of this fantastic song, held together with a steady drum beat.

Running swiftly into title track Bad Blood– probably the most generic sounding song on the album, makes a nice change in the sound. Being possibly the darkest and most guitar orientated song Bastille have released to date, it adds a nice sense of versatility to the album. With a range of sounds presented through the middle of the album; from the smooth, almost transparent presence of Overjoyed, to the extremely electronic sounding Weight Of Living Pt. II, we are then graced with what is, for me, one of the best tracks Bastille have written- Oblivion. This extremely emotional, heart-wrenching song, which silences, and produces Bastille-induced tears amongst every crowd that’s lucky enough to hear it live, is a beautiful piano-based track for the most part, which highlights the extraordinary range of frontman Dan Smith, who excels so much emotion into the song. This kind of sound is something I’d definitely love to see more of from Bastille. The song reaches its peak in the middle, and is beautifully finished with a slow, sweet sounding violin piece which ultimately completes the track.

For me, Flaws is a stand alone track. With fantastically written lyrics laid upon a beautiful array of electronic sounds dipping in and out of a prominent drum beat, it’s a song that sounds exceptional both on record, and live. It’s just one of those songs that will always bring you back to that moment when you saw it live at an inevitably energetic Bastille show.

Approaching the end of the album, with one of their most acclaimed songs, Laura Palmer amongst the list, we can definitely praise Bastille for the fantastic structuring of this sensational album. Going from a powerful opening, to a mixed variety of sounds, and finally toning down with Get Home; a strikingly peaceful, harmony-based song which ultimately concludes an album which is essentially a definition of Bastille and all that they are so far.

Bastille have worked immensely hard with exceptional patience to create an abundance of songs that fit together on such a nicely flowing record; and by the sound of this album, they could be so much bigger by this time next year, and if they can possibly produce better, we’ll gladly take that! Overall, Bad Blood is a debut album that can proudly stand up against albums from some of the most successful musicians to have graced the industry.

Things We Lost In The Fire

Daniel In The Den

Watch the video for Pompeii: