Q&A Session: Peace- “Our following is quite dedicated and it really feels like everyones involved in something” 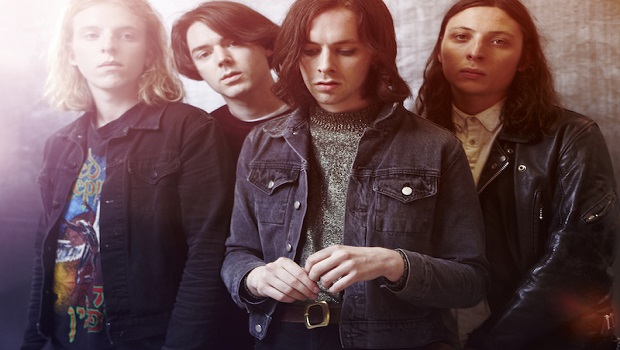 Following a masterpiece of a début album, Peace very quickly became an Indie sensation to be watched.

Before heading out on their biggest headline tour to date, we just couldn’t miss an opportunity to chat to Mr. Harry Koisser…

You’re about to go on your biggest headline tour to date for your debut album… how are you all feeling about it?

We’re really ready for it. We’ve been touring the world for the last year & it really feels like we’ve learned a lot about how to do it. We haven’t had a chance to do “it” properly on home soil yet so this is our chance.

Speaking of the album, ‘In Love’, it must be amazing to have gained such support after just one album- did you ever expect it?

I think it feels just about right. Our following is quite dedicated and it really feels like everyones involved in something. It’s not like a cult anymore but it’s quite like, yeah, if you know what I mean?

So, obviously music is a full time career for you guys now… Was that always the dream? What would you be doing if Peace didn’t exist?

It’s all leading up to something and I don’t think it’s waking up. I don’t know, it does though, or it’s starting to.

Are there any stages in your career that stand out as being the proudest moment for you?

It still feels like the beginning if that makes sense? Obviously we did some big festival shows & some amazing tours but I think our defining moment is still yet to come. Or at least a moment when we can sort of just say “this is it”. I think. I’m confused.

What’s the weirdest story or experience from a tour you can tell us about?!

I recently, in america, randomly met the singer from the Dandy Warhols & he took me to see his “odditorium”. It’s kind of a modern day huge Warhol’s Factory vibe thing in portland. It was very surreal in there. That’s probably the weirdest place i’ve been in a while.

Lastly- Every band usually has an aim or a goal to reach… What’s your dream venue to play at some stage during this inevitably successful career ahead of you?

I’m still trying to decide if i’m honest. I’m not even being ambiguous or trying to come across coy or unambitious. I’m either impossible to please or very easily pleased. Everything we’ve done was a goal for me. Like, I really wanted to make a record & then as soon as it was released, I started writing another one. If that makes sense? I’m confused about life.