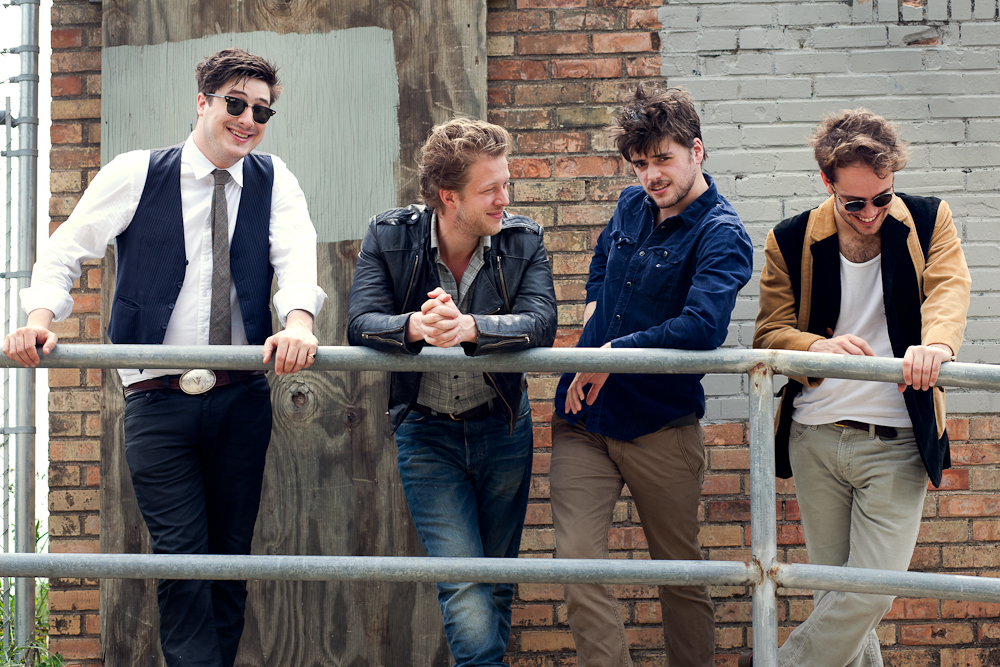 The release of album and live opener ‘Babel’ arrives amidst Mumford & Sons’ huge Summer of live activity on British and Irish shores. The band returned from another sold-out tour of shows in the US to emphatically close the Glastonbury Festival, smartly followed by their biggest headline show to date at London’s Queen Elizabeth Olympic Park with their ‘Summer Stampede’ on the 6th July. The outdoor event featured a stellar hand-picked line-up, featuring performances by Vampire Weekend, Ben Howard, Edward Sharpe & The Magnetic Zeros, Haim, and Bear’s Den.

You can see the video for ‘Babel’ below:

The band will headline Scotland’s T In The Park Festival this weekend (July 12)  before bringing their ‘Summer Stampede’ to Dublin’s Phoenix Park on the 14th July. The run of British shows concludes with two days of Gentlemen of the Road Stopover Shows at Lewes in East Sussex.

Living their lives out on the road is the metaphorical glue that has bound the members of Mumford & Sons together, and with their hands-on approach to promoting their own shows they are committed to giving their fans a more personal and memorable live experience.

Awards have been won, and Babel’s record sales have been overwhelming, but Mumford & Sons proudly continue to map out their ongoing success story on the stages, both big and small, across the globe.