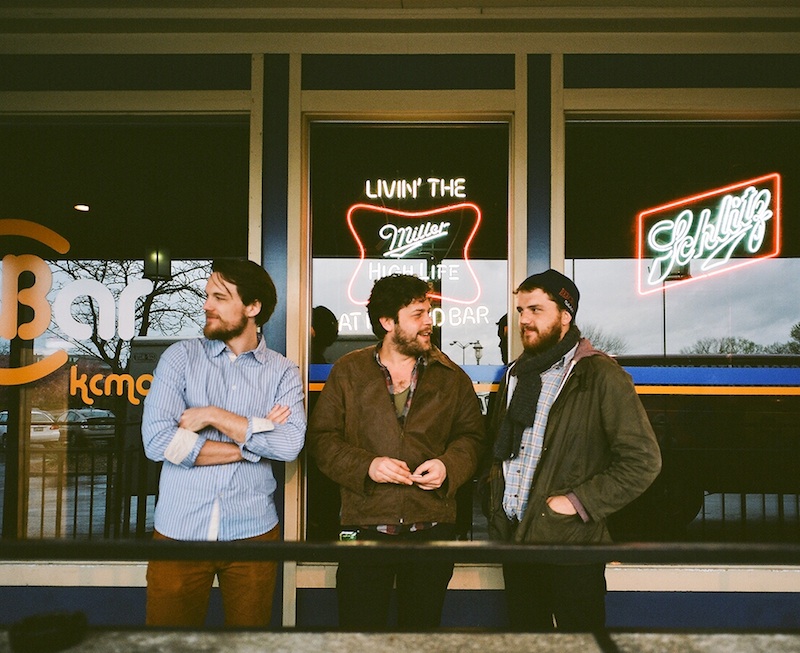 This comes on the eve of their appearance this Saturday at Queen Elizabeth Olympic Park, London, where they’ll join Vampire Weekend and Haim as part of Mumford & Sons‘ ‘Summer Stampede’.

Bear’s Den are London trio Andrew Davie, Joey Haynes, and Kevin Jones. Their music, exemplified in their debut EP ‘Agape’, sits delicately between folk and alt-country, and takes influence from the likes of The National, Sufjan Stevens, and Damien Jurado.

Having toured relentlessly over the last 18 months Bear’s Den have built up a loyal fanbase at home and overseas. Highlights include a US tour with Ben Howard, The Staves and Nathaniel Rateliff, European dates with Daughter, and UK appearances with Matt Corby, Of Monsters and Men and Mumford & Sons, including their headline performance at the esteemed O2 Arena.

In March, Bear’s Den released their debut EP, ‘Agape’, and sold out the accompanying headline tour in the UK and Ireland. View their compelling mini-documentary, which follows them at their homecoming show in Shepherd’s Bush on YouTube, below:

Following a busy start to 2013 and a packed schedule of summer festivals, Bear’s Den will embark on back-to-back US tours with both Mumford & Sons and Daughter before returning to the UK and Europe to delight audiences on their November 2013 tour.

The ‘Agape’ EP is out now on Communion Records.