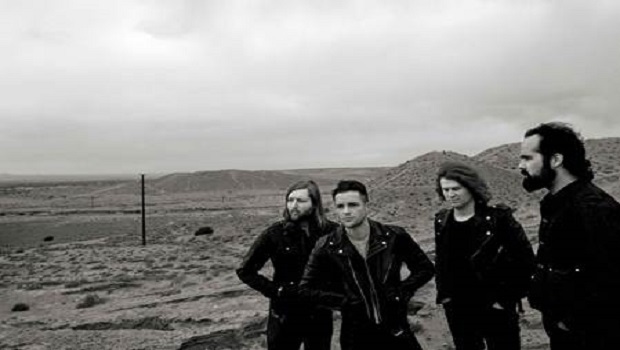 Over 20 million albums sold, an unbelievable amount of worldwide festivals alongside Wembley Stadium headlined, and 10 extremely successful years together as a band… The Killers are celebrating heroically with the release of ‘Direct Hits’.

Firing out a collection of singles from their four albums along with two brand new tracks, anticipation will build rapidly. The band have also decided to let fans avail of a Deluxe edition which will be equipped with a documentary DVD of The Killers’ career, five 10 inch vinyl records comprising all songs on ‘Direct Hits’ and a a Deluxe CD of the album which will additionally feature the original demo of ‘Mr Brightside’ as well as a remix of Calvin Harris’ ‘When We Were Young’ and ‘Be Still’ by Battle Born.

Tracks on this forthcoming album will include ‘Mr Brightside’, ‘Somebody Told Me’ and ‘Human’ amongst many many more; a true representation and celebration of what The Killers have brought to the face of music over the last ten years.

‘Direct Hits’ is set for release on November 8th on Island Records.

The full tracklisting is as follows:

17. When You Were Young (Calvin Harris Remix)

**Plus a never-before-seen Killers Documentary DVD**