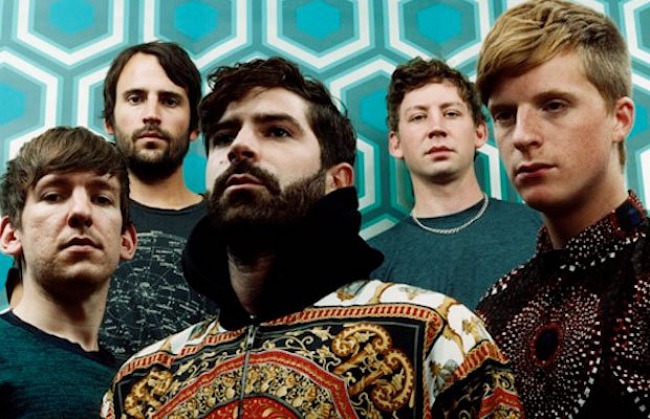 Following a performance at the Academy, Dublin, yesterday, Foals posted on Twitter that Enter Shikari should “go fuck themselves”. 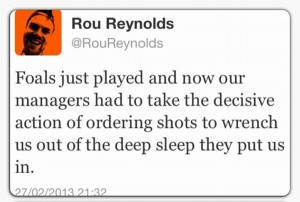 There was speculation as to why the band hit out at the St. Albarns quartet, until an image of Rou Reynolds’ tweet during the NME Awards show came to surface. Reynolds suggested that following Foals’ performance that Enter Shikari’s management prescribed the band with a number of shots to “wrench them out the deep sleep” that they were put in.

However, as speculation continued, it was unsure whether this was just another Twitter war or if it was just another petty squabble that had got a little out of hand due to the “power of the internet”. 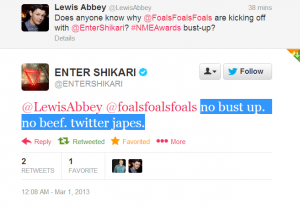 Enter Shikari messaged Fortitude Magazine’s co-founder, Lewis Abbey, to illustrate that all issues between the band and Foals were just primarily taken out of context.

The quartet stated that “no bust up. no beef. twitter japes”. They went on to mention to another fan that it was just a practical joke that Foals had opted to “turn nasty”.

Foals confirmed that the apparent squabble was meaningless after tweeting, “100% Horsemeat #NoBeef”.

Foals are, currently, out on tour promoting their latest album ‘Holy Fire’, whilst Enter Shikari prepare to embark on a 24-date headline tour throughout April and into May.