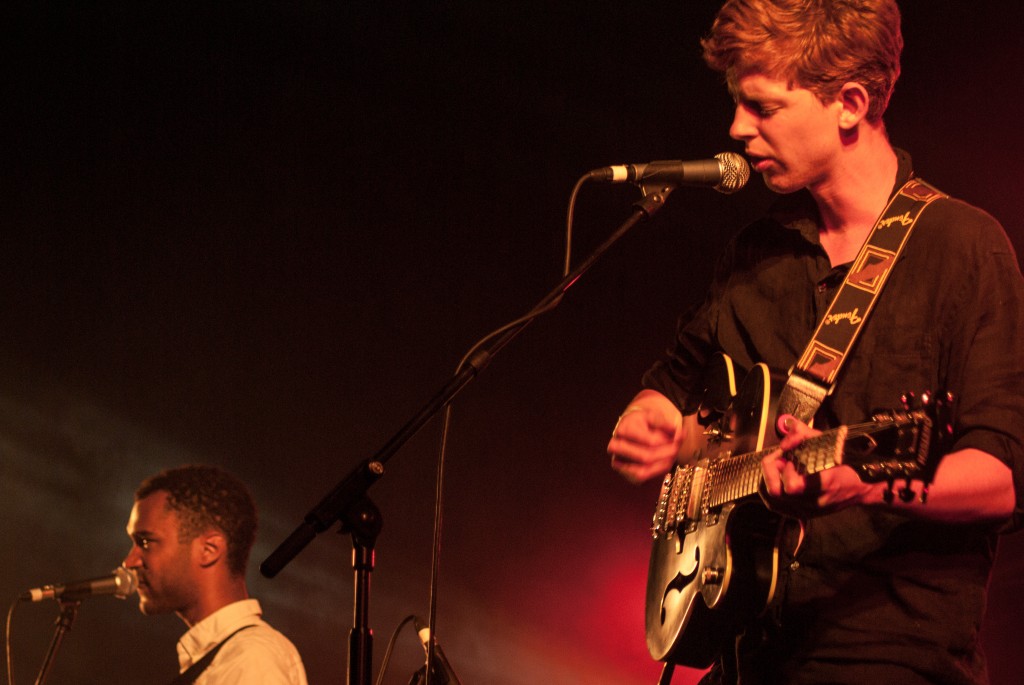 What Festivals have you played so far this year?

Well we played Latitude and Tramlines last weekend, T in the Park, a few in Europe, Live at Leeds and Liverpool Soundsystem.

What’s been the best one so far this year?

I think Latitude was pretty special last weekend. I think Hulsfrest in Sweden too, we were only there for about 18 hours, we had to get brutally early flights before and after the show but it was just so cool, we’ve never been to Sweden before and it was an amazing place.

What would be your dream festival line up?

Prince would definitely be in there, Radiohead, Bombay Bicycle Club, Arcade Fire and The National. Obviously a lot more bands than that would be there but they’re the main ones that come to mind.

How would you describe your music to anyone who hasn’t heard it?

I think what we try to do is strong, hooky pop songs that you can dance to. I guess that’s the mission statement.

What was it that made you form a band together?

I think just a shared love of music. Actually, in a kind of organic way, when I was younger I played with lots of different people and a couple of bands at school and they were fun but you always know that one day, if you really love music you’re gonna have to take a further step and be like “these are my guys” these are the best people I’ve played with and we happened to be old friends too. I think these guys were closest to me in the way I saw music so when they asked me to play with them and start up the band I was really happy to be part of it.

What’s your favourite song that you’ve written so far?

I think, I remember when … and …. first sent me the demo for Jamaica, the really early one before anything had even been put online, I just thought “wow this is really great” and it’s never really changed that much since that demo. I know personally even though I didn’t have much involvement in writing it, I think that’s the clearest statement of what we do.

Are you surprised by the attention you’ve been getting lately?

I think when we first put stuff online it was quite a shock, we were working on stuff for about a year before that out of the way, but there wasn’t even a Facebook page and we didn’t even have a name. Then a good friend of ours was working in Music PR and said he’d help us out on the beginning stages, so we booked a rehearsal and it literally happened on the same day all of a sudden we were getting texts and emails it was so bizarre. All of a sudden we had people listening to us and writing about us, we had to cancel the rehearsal because it all happened so quick. It’s always been a little bit weird, we’ve always been music fans and to see magazines that we used to read in school writing about us now, it’s pretty cool.