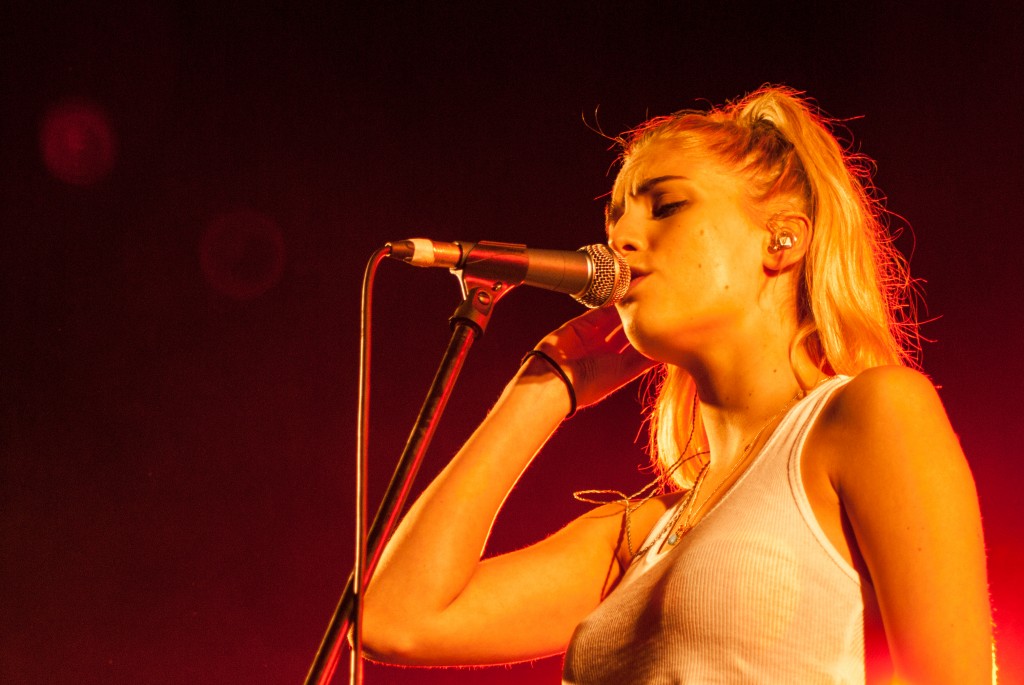 With an album due for release next month and constant comparisons to Florence and The Machine and The XX it looks like the only way is up for London Grammar. We caught up with them recently after their first ever appearance at Kendal Calling.

You must get fed up of the comparisons to Florence Welch. Do you think it’s easier to pigeonhole bands with female singers?

Yeah, I mean I enjoy it but it is funny. If you’re a frontman in a rock band you’re judged more on songs but at the moment there are just so many female singers out there that you get judged slightly differently.

What’s your favourite song to perform?

I think personally Darling Are You Gonna Leave Me? That’s the one where I feel like I go least out of tune. But Metal and Dust is at the end of the set is the one where we get the most movement from the crowd and everyone just goes mental

You said onstage you were quite surprised by the size of the crowd today. Do you get nervous when you go out in front of that many people?

Yes, all the time but then there are lots of artists who get nervous.

Were you expecting this sort of reaction to just creep up on you?

I’m not sure. The thing is it doesn’t really just happen overnight but it’s getting more intense. I think it happened first at this one show in Leeds, we were all just completely shocked by the reaction from the audience and I think since then we’ve just noticed that it’s steadily building so it doesn’t feel like it’s happened very quickly in our minds. We’ve definitely noticed it more in the last few shows. I think the show tonight was one of the best crowds we’ve ever had, I think they may have even been louder than the Glastonbury crowd, it wasn’t even really the size just the noise and that they knew all the words.

What’s been your “Wow” moment so far?

I actually think that that could be it! It always seems to be audiences that do it because it’s the only thing that’s tangible. Obviously you see how many hits you’ve had online or whatever but seeing it there in front of you just feels amazing.

If you could go on tour with any band who would it be?

The National or Beyonce. Oh, well can you bring someone back from the dead? Michael Jackson