Interview: Itch (formerly of The King Blues) – “Kind Of A Nod To The Hip-Hop Mixtape Culture” 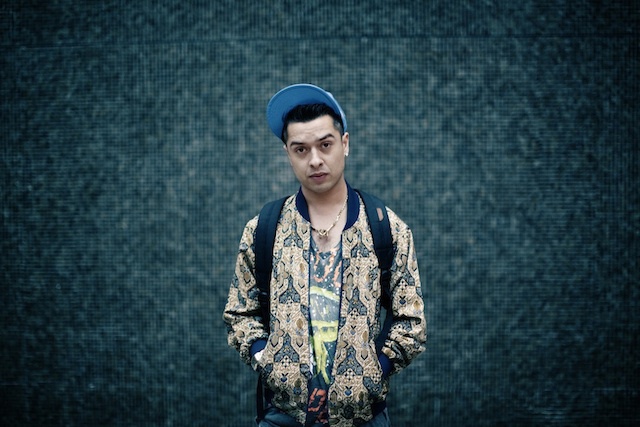 Since the demise of The King Blues last year, former frontman Itch has taken it upon himself to go solo.

We caught up with him before his set at Slam Dunk North to find out just exactly what we can expect from his new project.

Your new material is very different from your work with the King Blues, what was the inspiration behind the solo stuff?

Itch: Well the entire reason was to do something different from my work with The King Blues y’know. I love The King Blues and I’m really proud of the work I did with them but 9 years later I just wanted to do something different. I got in the studio with … and the idea was to just create something futuristic. I think I’ve always tried to blend hip-hop and punk rock and that’s what we did with The King Blues. This way it’s more coming at it from a hip-hop angle but we’re putting in the energy of punk rock, and the rawness and the anger and the shit that I feel makes it special.

Were you worried about how people were going to react to the new material?

Itch: No man, cos reaction’s been mixed. I see that shit but I don’t really give a shit cos I’ve learnt, when I was a young man and I was first in the game, I used to read shit about myself and started to feel bad, and it’s crazy. Now it’s 10 years on and I’m a different dude now, I’ve learnt not to worry so much about what people think of you cos it doesn’t matter. At the end of the day I make my music because I think it’s popping and I make it so I can put it on my stereo and listen to it myself. If people dig it cool, if they don’t, well I don’t really give a fuck.

Is it hard adapting to touring alone as opposed to with a group?

Itch: Well I’ve got a great band with me, but it’s certainly different. When I go to do a video or whatever, and I don’t have this family with me who’ve been through everything and understand. It’s different because this is my own journey and I think that fear is what drives me, I always like to move forward in life rather than backwards. It’s kind of actually really cool getting to travel on your own cos I’ve travelled for so many years with people, it’s kind of cool that I can do what I want when I like. It’s a liberating feeling.

Do you have a different fanbase now or have people followed you over from The King Blues?

Itch: It’s a bit half and half. I think some people expected The King Blues part 2 and that was never gonna happen. So I think those people got disappointed and were like “Oh, I ain’t feeling this” and then others were like “I understand Itch is an artist and I understand his lyrics and what he’s doing” and they get it. Then there’s a whole bunch of new kids who never heard of The King Blues that’s really exciting. Really I’m new, I ain’t launched yet. My fan base is growing as we speak, it’s a new thing.

Is it the fact that you see this as a new venture that’s made you put EP’s out for free?

Itch: Well, that’s kind of a nod to the hip-hop mixtape culture, just putting out some samples and that. We wrote like 90 tunes for this album once we’d wrote, recorded and finished it. There were so many songs left over that we were like, lets just jam out a couple of EP’s, couple of mixtapes and just get it out there.

Watch the video for Diplomat: