Interview: Findlay (Sound City ’14) – “It’s Nice When You Get Recognised By Your Peers” 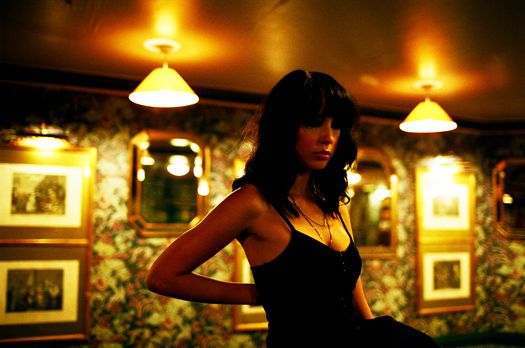 Findlay is one of the most talented musicians to come out of Manchester in the last few years, and ahead of her set at a soon to be full Zanzibar at Liverpool Sound City, we sat down to talk about her best gigs, being on tour with Jake Bugg and what her plans for the next year are..

Hey, how’s things? good to be back in Liverpool?

You played a huge set at Sound City last year in the East Village Arts Club, how was it for you?

I can’t really remember it to be honest, we were at my mates bar up the road for ages eating pizza and getting pissed, then we had to go and do this gig. We had no sound check, I just remember being really drunk, but they invited us back this year though so it must of been alright!

Your championed a lot by Courteeners front man Liam Fray, what is it like to have such a big name championing you like that?

Liam has been really good to me. It’s nice when you get recognition from your peers and like, get the nod from bigger bands who are doing big things and they take you under their wing.

I think it’s what it’s like in Manchester though, everyone looks after each other.

You’ve supported the likes of The Courteeners, Jake Bugg and Miles Kane, who is the best to support?

I’ve probably had the most fun with Jake Bugg, it was the first proper tour we did and it was really intimate. Obviously playing with Miles Kane and Liam is great too but we were just really buzzing to be on tour with Jake Bugg.

Again, probably Jake Bugg at the 100 club, that was incredible. When we got in there we said if we ever sell this out we’ve made it, and we did when we played there on tour in December; it felt absolutely amazing to sell that out.

With the obvious comparisons to the likes of The Kills and Courtney Love, are they influences on your music, or other artists?

It’s like any girl in a band really.. but for me its Regina Spektor, she’s like so sweet and so cute; it was the first stuff I really got into.

The bands like the Velvet Underground; Lou Reed is a massive influence on my music, I was absolutely devestated when he died; I remember being in a hotel in Kings Cross and I just cried my eyes out. I have my old bands I go to, but im influenced by new music as well as old.

Future Islands too, I’ve really got into them, I think they’re amazing.

You’ve done it the ‘old fashioned’ way of just constant touring to make your name, if there was an opportunity to go back to day one and be hand picked out by NME like they do with some artists, would you do it the same way or the ‘NME way’?

I’m glad I’ve done it my way because it makes me feel far more appreciative when big things come in, like I’ve worked for it instead of just getting a pat on the back from the NME, I don’t really give a sh*t about that.

You’ve released a few EP’s now, is there any album plans in the pipeline?

I have another EP coming out, that should be out towards the end of the summer then hopefully the album will be finished for the start of next year.

With summer on the horizon, are you playing many festivals?

We are playing loads abroad this summer, 6 in France! my whole summer weekends are like blocks of festivals abroad which is amazing.

We’re playing Kendal Calling too and we are heading to Ireland, I’ve never been to Ireland before so I’m looking forward to that.

So, whats the highlight of your career so far?

The headline tour in December is probably the highlight so far, it was amazing. We sold out most venues and the sold out headline gig in Sound Control in Manchester was an insane show, its always a great feeling to sell out a show at home.

Finally, who would you recommend our listeners to listen to?