Interview: Coastal Cities – “Things Are Definitely Moving Up A Gear” 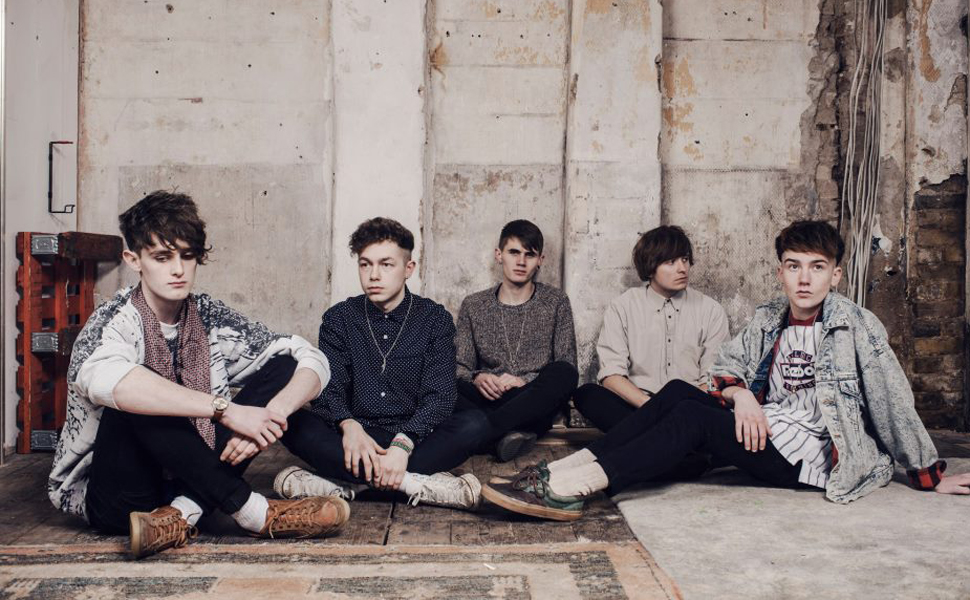 Already receiving high praises from the likes of Huw Stephens, Nick Grimshaw and Steve Lamacq, Coastal Cities are the High Wycombe quintet that have caused quite a stir.

Following from the announcement of their double A-side single ‘Entropic/Nothing Ever Changes’, released through Once Upon A Time Records on June 3rd, vocalist Declan Cullen sat down to talk with me regarding how the band came to be, their latest release and what lies in store for the future.

This is what he had to say:

Well, least you can start the day early and get on with things …

True! So, first of all, do you care to explain the story of how Coastal Cities came to form?

We were all at school together and all in the same year. We had mutual friends. After school one day, a few years back, I was in the music block having to stay behind and I remember walking through hearing our drummer (Lewis Slade) and guitarist (Sean Semmens) playing together. I just went in, picked up a guitar and started playing with them.

Ever since then, we formed a band and carried it on from there.

We read that The Drums originally spoke about you during the release your initial EP. It must have been quite an honour to see your work being admired by such a reputable act?

Yes! It was really strange for us, as everything kind of came at once. We were really young, I think, like 16, and just got a publishing company within that week. That was a big deal to us, as we had just left school.

Then, a band that you admire start tweeting about you out the blue; it was a little bizarre. We didn’t know what we had done to do that. It was just really uplifting.

Do you think that and the national radio exposure encouraged yourselves to take this project more seriously than you originally intended?

I don’t know really. Things goes in stages. You can see that things are going well, so it just drives you that bit more. But, also, when good things happen, bad things happen. Both of those things sharped your determination, well for me and the guys personally, but when you do get radio play for the first time it is very overwhelming and you can’t wait to see what comes next. Right now, it’s very exciting.

You describe yourselves as a band captivated with ‘80’s keyboard riffs and jagged post-punk guitars, so who would you say really influenced your sound?

There are obviously loads of acts that we can say have influenced us, but it’s just the use of five minds together.

I would say there were contemporary bands, like when we were in school and some of them are still around now as we are still young, but bands like Bloc Party, The Drums, Two Door Cinema Club and Foals.

Then, looking back, we really like the early-80’s new wave bands like Orange Juice, The Smiths, Joy Division and everything and anything in between. There is stuff from everywhere that we admire and go like, “wow that’s cool”, but I feel those reflected on us in our way but we made it our own version.

‘Entropic’ caused quite a stir early last month with the video release, are you surprised at the support that you’ve obtained so early in your careers?

Over the last year, we’ve been working on ourselves, developing and song writing. So, it’s very nice to see that things pay off.

But in terms of looking at how well your music is doing, I don’t think you can really step outside your own skin and see how it’s doing. In particular with music, everything is very smoke and mirrors. So, it’s very varied for us. We are pleased with the reactions that we are getting. I’m just unable to look at our music objectively for the first time, as obviously I’m used to it all the time – after all I am in the band.

Last week saw the video release to ‘Nothing Ever Changes’, which is your double A-side alongside ‘Entropic’ due for release June 3rd, it seems a darker, electronic, approach in comparison. What was the reasoning for the dual release?

I don’t think it was intentional. We always record a block of songs at a time and then decide what we want to do with it after.

The problem is, we don’t really like the idea of b-side singles. It kind of implies that one song is weaker than another and if you’ve worked hard on that record, it kind degrades the integrity of it. We don’t like that at all.

But, in terms of how we sound, we didn’t think about how there would be two different shades of colour. To us, they are still the same whether that be dark or light, but when we write songs we aim to have quite a melancholic undertone. We find in quite ironic in pop songs, as it encourages it be a timeless song when you can relate to it at any time.

You mentioned about block recording, so with the two singles shortly being released, does that mean that we should expect an EP or album in the not-so distant future?

We’re back in the studio on Friday actually, to work on some more tracks. Then, for me, I’d like to start piecing things together and make an album. Things are definitely moving up a gear.

So, we are ready to record to this week and really excited for it.

Any insight into the new recordings and who you’re working with?

We will be recording with Hugh Worskett, who also did Delphic and Crystal Fighters, but he’s a really good guy. We’ve been working with him for quite a while now, he did the recordings for ‘Entropic’ and ‘Nothing Ever Changes’, so we feel really comfortable with him.

We’re comfortable as we know that he understands what we want to do musically, so, yeah, we’ll be recording with him. But, down the line, we’re hoping to record some other tracks, but as you mentioned that is one of those “details to be confirmed” moments.

With the summer approaching, should we be expected to see Coastal Cities performing any festivals?

Well it is summer already, but I don’t know what we’ve got planned. We always enjoy playing live, after all that’s the best part of being in a band, but we aren’t overly sure on what’s going on.

Finally, our last question, other than yourselves, who else should our readers be checking out right now?

Does it have to be one band?

We have lots of very talented friends, so this is going to look like favouritism …

Alright then, promote away …

I’ll name you three as we’re all good friends. Firstly As Elephants Are, they’re also from High Wycombe, but they’re on the same management group as us ‘Once Upon A Time’.

There’s a band called XUUKI. They are really good. They are quite experimental and very Radiohead.

Finally, a band from Leeds called China Rats. They will just blow you apart.

So, yeah, it’s those three for me.

Well, thank you once again for speaking to me Declan!

Cheers man! You too. I look forward to seeing you around.

Check out their latest video for ‘Nothing Ever Changes’ below: