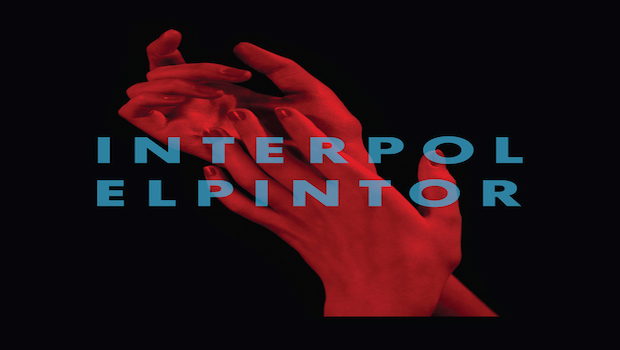 Interpol’s fifth studio album will be their first release since 2010’s self-titled LP, and will be released on September 8th.

New York indie-rollers, Interpol have released details of their forthcoming fifth studio album, ‘El Pintor’, and will be marked as the first full album recorded and written without former bassist Carlos D. The bass player, whose full name is Carlos Andres Dengler, left the band in 2010 after growing dissatisfied with touring lifestyle.

Visually, the album artwork for ‘El Pintor’ is bold and striking, and in some places, dramatic. It sees the band return to the familiar colour scheme that characterised the bands debut album ‘Turn on the Bright Lights’, and 2004’s ‘Antics’. And, in case you’re interested, ‘El Pintor‘ translates from Spanish as ‘The Painter’.

Recorded at Electric Lady Studio’s and Atomic Sound in New York, and has been mixed in the UK. James Brown, who has worked with the likes of the Arctic Monkeys and Foo Fighters, has engineered the album, whilst Alan Moulder has been in charge of mixing the record.

Interpol will be playing performing a Glastonbury warm-up shown at London’s Electric Ballroom on the 25th of June, and are likely to play some of the material on ‘El Pintor’. Interpol showcased some of their new tracks during their headlining slot on the NME Awards Tour bill earlier this year.