Why The Flaming Lips Covering The Beatles Is Just Wrong 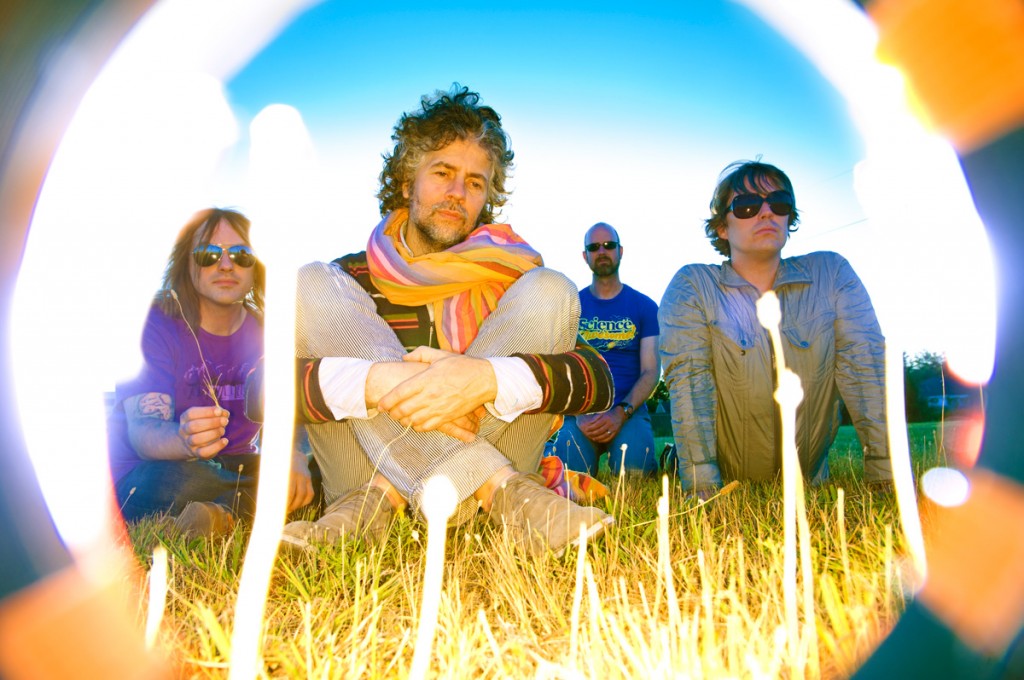 When The Flaming Lips announced that they were working on covering The Beatles in the form of a full length LP, my heart sank. And once it was finally made available to listen, my heart sank even further. Having released the much talked about With A Little Help From My Fwends, a cover album of the groundbreaking Sgt. Peppers Lonely Hearts Club Band by The Beatles, critics and fans alike seem to be at a divide. Whilst some have blessed the  it with favourable seven-to-eight-star reviews, others have been more damning of the record.

The Flaming Lips’s cover of ‘A Day In The Life’, arguably one of the greatest Beatles tracks, on Conan O’Brien has done nothing to shove me into the direction of the nearest record store. The Flaming Lips donned an evergreen of psychedelic tones and magical harmonies, all whilst crooning under an equally LSD-inspired stage decor. Frontman Wayne Coyne was draped in a long silver coat, as actors and actresses danced underneath the metallic veil.

And underneath said coat sprang tabloid favourite Miley Cyrus, who gave added a perplexing impression of Paul McCartney in a tinsel wig to the mix. Cyrus, who features heavily on With A Little Help From My Fwends, seems to be a bit of a niche in the indie market of late. Alt-J successfully sampled her on the single ‘Hunger Of The Pine,’ but the Cyrus card has surpassed being in danger of being overused. A subtle sample compared to a collaboration of one of the most critically acclaimed records of all time is whole different can of grotesquely misinformed worms.

Whilst there wasn’t inherently wrong with the musical performance from The Flaming Lips and Miley Cyrus, the embellishment of such a classic song, and such a classic album, makes the lazy retuning and added swirls seems a bit, well, lazy. Indeed, one can’t help but ponder whether a more radical and brave reinvention of the record would have been any better or just a million times worse.

Of course, The Beatles are known to be one of the most covered bands of all time. In 1988, the likes of Billy Bragg, The Fall, Sonic Youth and others came together to record their own cover version of Sgt. Peppers, aptly named Sgt. Pepper Knew My Father, released in conjunction with NME magazine. Reaching number one in the UK charts, the album proved that the commercial arm of The Beatles can still be stretched out in some style.

If anything, the numerous Beatles covers that are in circulation (‘Yesterday’, for example, being the most covered song in history according the Guinness Book of Records) is that the romanticised ideal of covering The Beatles is still such a bubbling and rich concept. Actually covering The Beatles, however, is completely different. The added auto-tune, unnecessary touchings-up of Sgt. Peppers from The Flaming Lips makes it sit like a poorly remastered version of the original. A more radical reinterpretation would have, at the very least, given it a concrete reason to be musically controversial, rather than just a simple reprise on the original.

Rather than me blathering on, let me explain my cynicism. The Flaming Lips’s have touched on what should be a general rule of thumb in the music industry: leave the untouchables alone. Albums, like Pet Sounds, Nevermind, Ok Computer, Ramones, Thriller, Exile On Main Street, or, as Rolling Stone described Sgt. Pepper’s, “the most important rock & roll album ever made,” should be left alone. These records, and many more for that matter, are held in such high critical, public and journalistic regard for a reason: they’re the closest albums to touch the void of mere perfection. The classics, the Francis Ford Capola epic’s, the cordon bleu’. You just don’t get better than these. Hence, changing the recipe is a mistake.

With barely a glimmer of reimagining, The Beatles seminal Sgt. Peppers Lonely Hearts Club Band has been given a stodgy make over questionable LSD twinkles, swirls and one over-used pop rebel and sent on its way. With only a few flickers of the bands usually stylishly weird song-writing (such as on ‘Lovely Rita,’ which retains most of the wonderfully warped sound that The Flaming Lips are made famous for), this tame cover album offers a slab of disappointment and definitive proof why you shouldn’t try to cover the uncoverable. As they say: if it ain’t broke, don’t fix it.