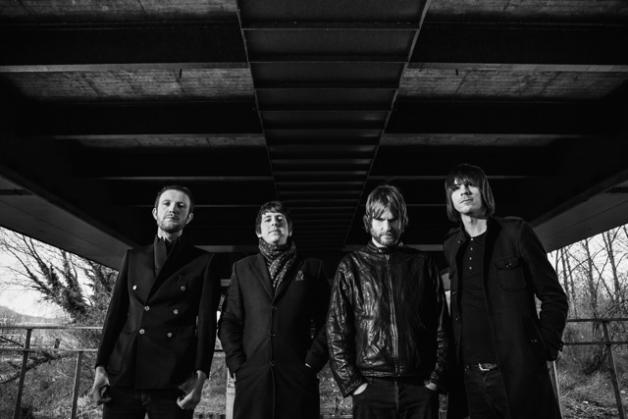 Following on from the blown out psychedelic infused ‘Rapture’ released earlier this year, Exit Calm return with their latest record ‘The Future Isn’t What It Used To Be’ on 23rd September. To coincide with the release the Barnsley based quartet will be touring the UK in September bringing with them an evolution of their sound that reaffirms their position at the forefront of British guitar bands.

Producing music with heart, style and integrity mixed with the euphoria and hedonism. The talent of Rob Marshall’s haunting guitar work and the fluid rhythm section weaves between the raw but compelling vocals of Nicky Smith that have made them a firm favourite on the live circuit.

Exit Calm have supported the likes of Modest Mouse, Echo & The Bunnymen, The Boxer Rebellion and Soulsavers and taken to the stage at V Festival and Tokyo’s Liquid Rooms to name a few.

Their new single ‘When They Rise’ will be released on 26th August. Todd Eckert, the producer of acclaimed Joy Division biopic ‘Control’, directed the video.