EP Review: Hurdles – Where To Start 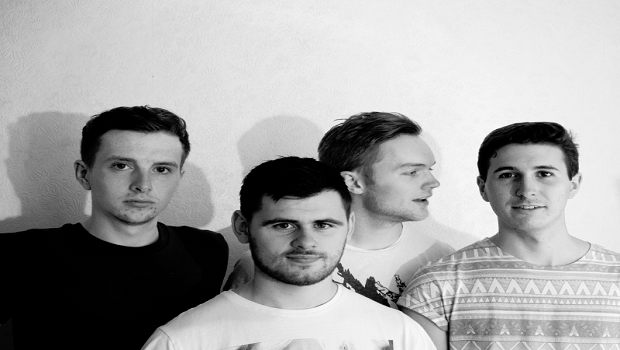 In a sudden stream of colour, Hurdles offer a slightly different tinge of indie-pop music; one that is difficult to ignore.

In the same vein as Northern Irish indie-pop dabblers Two Door Cinema Club, Hurdles have taken to the meanders of pop music. In a trade dominated by fast-pace, hard-hitting guitar bands, the Belfast quartet’s sound strives to increase the threshold of indie rock, and to allow more softer niches into an already concentrated market.

Trodden with simmering harmonies and tinkered guitar fixes, Hurdles dip their brush into the same mix that has helped to develop bands like Los Campesinos and Phoenix, and fall into the pop category without question. ‘Roadrunner’ interjects clever rhythmic changes and tempo variations, all whilst spreading a tender layer of euphonies and heart-strung melodies. Vocalist Niall Hanna projects a voice that is both listenable and enjoyable, as he carries the strutting, tippy-tap inflections pleasantly. Singing whole-heartedly, the lyrics “Back on my own / it wont make sense / there on my own / in present tense” illustrate a sense of abandonment and loneliness, whilst the band maintain a poppy, almost Good Shoes-esque vibe.

The title track ‘Where To Start’ captures a shining texture of teenage hijinks, both rhythmically and melodically. Muted guitar riffs, sparkly licks and resonating cymbals all boil down to that summery, nostalgic feeling of youth. Whereas ‘Control’ scales slightly slower, and mawkish meanings. “If I could just control you” murmurs the lyrical line, again tied down to its lavish musical foundation. The core of the band is a lively and fresh one, and their sound carries a revitalising glimmer that goes amiss in other indie-pop territories. Indeed, Hurdles have taken hold of their pop influences and have made good use of them.

On the whole, Hurdles haven’t done badly at all. They’ve created an indie-pop EP that glistens brightly on a musical horizon saturated in angsty guitar bands. ‘Where To Start’ will get you singing, dancing and yearning summers gone by.