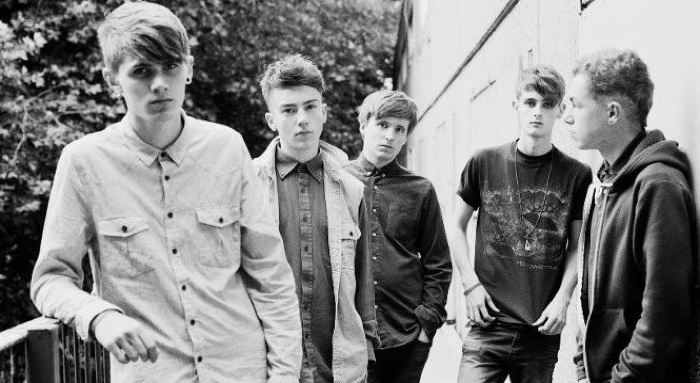 Coastal Cities have announced the release of their double A side single ‘Entropic / Nothing Ever Changes’, released through Once Upon A Time Records and will be available for download and on 7” vinyl.

This young 5 piece – who boast a sound fuelled by jagged funked-up guitars, 80’s tinged keyboard riffs and youthful summer vibes – will see the follow up to last year’s ‘Relief / The Voyage’ single released on 3rd June 2013.  Their previous releases saw them gain some impressive radio airplay, with Huw Stephens, Nick Grimshaw and Steve Lamacq, to name but a few, having spun their work.  And now fresh out of college, with this new single, Coastal Cities are bound to impress further as they take another step into the world armed with their own individual take on UK indie.

‘Entropic’, a track which has summer vibes pumping through its veins, was produced by Hugh Worskett (Delphic) and mixed by Adrian Bushby (The Rapture, Two Door Cinema Club).  The song is about making the most of life whilst you can, and there is every chance this hook filled single will allow Coastal Cities to do exactly that.  ‘Nothing Ever Changes’, also produced by Worksett, is about the anticipation of waiting for something to happen which takes you by surprise, but until then everything just staying the same.  Both tracks are extremely impressive efforts, boasting a mature sound, years older than they are, with a dose of their youth adding a freshness and originality.

Last year saw them play the Kitsune night at Les Inrocks Festival in Paris and 1,2,3,4 in London and this April Coastal Cities will be performing a handful of shows in and around London with more to be announced to promote the release of ‘Entropic / Nothing Ever Changes’.  Check out the upcoming live dates below, for further dates be sure to visit Coastal Cities’ Facebook page.