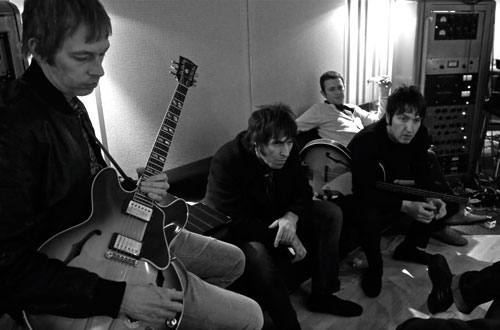 Liam Gallagher and his Beady Eye boys have released details of their second studio album, ‘Be’.

Experimenting with cassette tapes and even Iphone apps, the new album seems to be taking Beady Eye in a slightly different direction to their 2011 debut ‘Different Gear, Still Speeding’. The first track off the new album, named ‘Flick Of The Finger’ debuted on a USA radio station at the weekend.

Liam Gallagher released a statement on the announcement of ‘Be’, stating that Dave Sitek is “without doubt the best producer i’ve ever worked with” and that the new album wont feature “none of that crap from the 90’s”. Maybe a step too far seen as that’s what made his career..

You can catch Beady Eye at both V and T In The Park festivals this summer.

Listen to ‘Flick Of The Finger’ below: