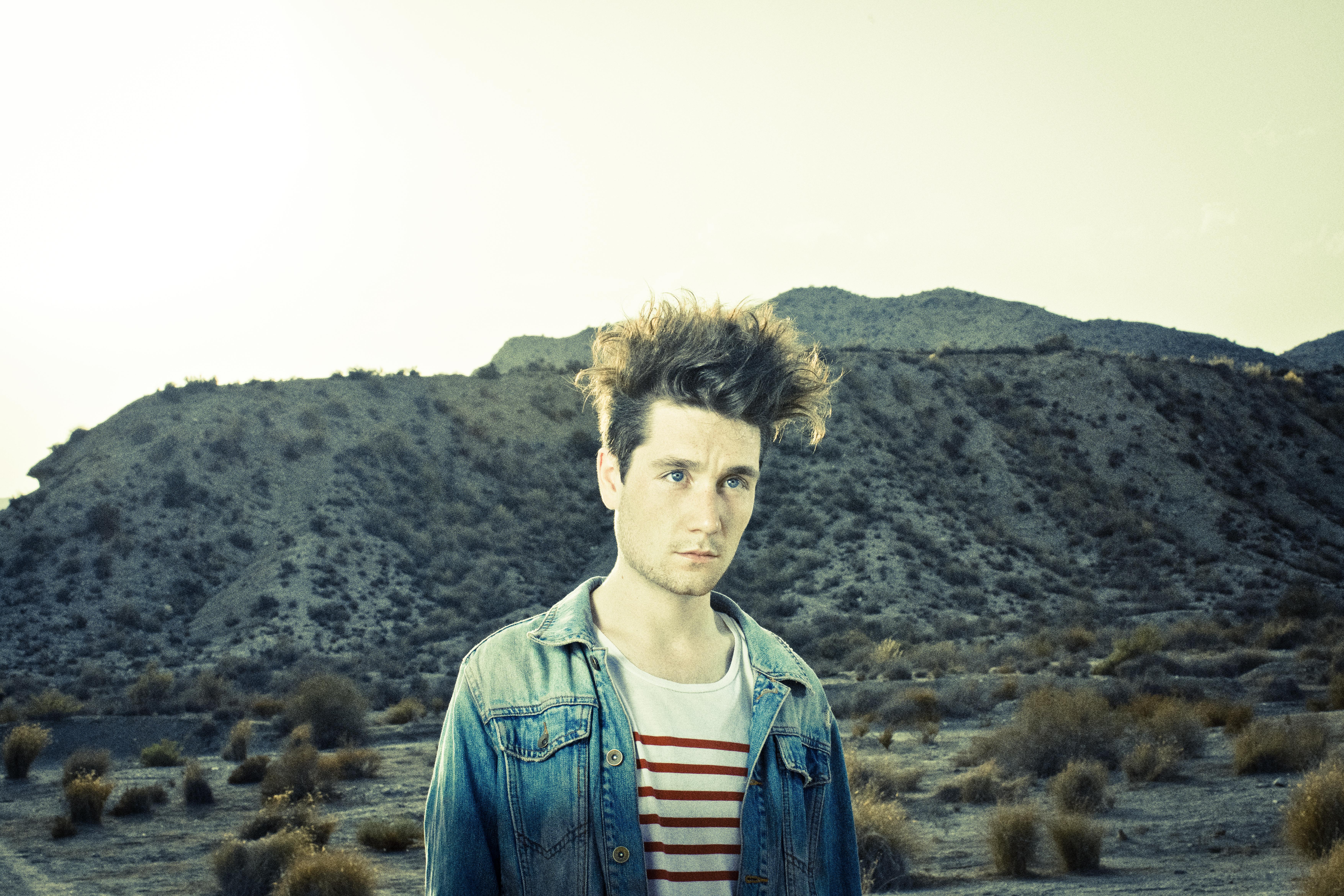 For someone yet to release his first album, Dan Smith, the creative force behind Bastille, has already had a good taste of fame. With the band, he’s played a sold-out gig at London’s 1500-capacity KOKO, sold out two UK tours as well as headlined festivals. There’s two sold-out shows at Shepherds Bush Empire yet to come and another sold out UK tour. And they’ve got an army of fans hanging on his every word, covering songs and waiting for that debut with baited breath.

Although Smith is the driving force behind Bastille with all of the songs being written and initially recorded by him in his bedroom, his music is still collaborative. The rest of the band; Bassist Will Farquarson, keyboard player Kyle Simmons and drummer Chris ‘Woody’ Wood, appear on the album in varying capacities, and  Bastille’s music is always the product of Smith and the band’s ‘fifth member’, producer Mark Crew. Smith and Crew’s relationship goes back to the beginning of Bastille and though the music they record together sounds lush and expensive, the album was recorded in a tiny room on limited equipment – plus a day recording strings in the legendary Abbey Road. “We basically made the album in a studio the size of a cupboard, so it was one extreme to the other. Producing the record, I wanted to off-set epic sounding instrumentation with lyrics that combine intimate stories or conversation. The contrast was something that appealed to me.” says Smith,The aim of the resulting Bastille album proper, says Smith, was to, “Approach each song differently. I wanted each to be its own story with its own atmosphere which brings in different sounds and elements of production, incorporating aspects of the different genres and styles that I love; Hip hop, indie, pop and folk.”

Film soundtracks can be broad and varied but tied together by the film itself – and I hope the album will be something like that, but held together by my voice and my songwriting, each song a scene or part of a bigger picture.”And in a weird way, thanks to Bastille, Smith is doing exactly what he always intended: not only is he now making films for his songs (and reluctantly appearing in them too; the video for Pompeii being his vision of “the novel ‘I am Legend’ if it were shot by the director of ‘Drive’”), most of all he’s telling stories.

“I just somehow landed in a really lucky position where I’m able to bring together all these things that interest me,” says Smith, modestly. This, after all, is the man filling theatres on the back of some songs he made in his bedroom. “To play to one and a half thousand people at KOKO was undeniably completely nuts,” he says. “It was an amazing night for us. But the goalposts always seem to change and widen. There’s always the next thing to think about…”

2. Things We Lost In The Fire