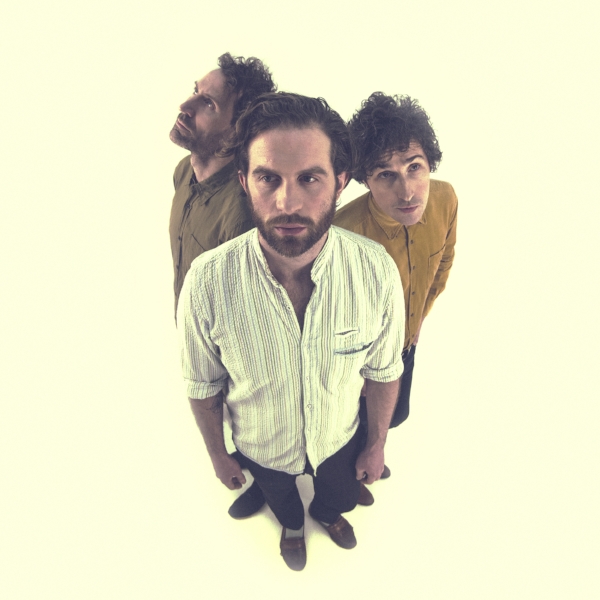 We’re a little late with this one but, good things come to those who wait, right? Without further ado, we’d like to introduce you to oh800, a London-based trio who’s debut album ‘Character Building’ is an infectious blend of post-punk disco-funk (yes, really) that deserves your undivided attention.

No strangers to the music scene, oh800 feature former members of The Duke Spirit, Oh Ruin and Memory Maze. Eoin Rooney (vocals, guitar), Gavin Ellis (bass, synth) and Olly Betts (drums) have come together for their latest project and we’re bloody glad they did. ‘Character Building’ cleverly tackles a number of relatable and powerful topics by using whip-smart lyricism and incredibly danceable musicality to create an album that is undeniably impressive.

Kicking off with title track ‘Character Building’, we’re immediately introduced to the sound of clunking cowbells and rhythmic hand claps. From that point on, of course, you are hooked. As the jangly guitar sounds comes into play, it feels feminist of the likes of early 00s indie bands such as Franz Ferdinand but when Eoin’s distinctively colloquial vocal comes into play, you’d be forgiven for thinking this was a track from LCD Soundsystem’s back catalogue. oh800 mix indie-rock with punk, dance, disco and electronica to create a truly distinctive sound that is undeniably addictive.

The next track and previous single ’Shoulda Known It’ follows a similar pattern, as does ‘Melanin’, each track defying genre and will have your toes tapping in know time. The harmonies are on point throughout also.

It’s worth noting that all the tracks on the album are “a sardonic observation on self-doubt, crap jobs, lame excuses and being a bit of a space cadet”. Eoin’s brilliant lyricism is widely relatable, with tracks like ‘Melanin’ talking about racial stereotypes and emphasising that “shit doesn’t change”, both poignant and bleak to be frank. In a world where lots of artists follow the usual formula of writing about love and/or other relationships, this is delightfully refreshing and something we need more of.

Tracks such as ‘Bouncing off Each Other’ and ‘Weird Dial’ feel more experimental than some of the other more commercially infectious tracks on the album, but no less impressive. How this trio manages to create such a full, vibrant and musically complex sound really is something to be desired.

Of course the band’s influences such as CBGBs, ESG and 99 Records are more than apparent here, but what oh800 mange to do so brilliantly is use these influences to their advantage. Giving little nods here and there to their idols but, at the same time, creating something that is wonderfully unique. Keep it up lads!