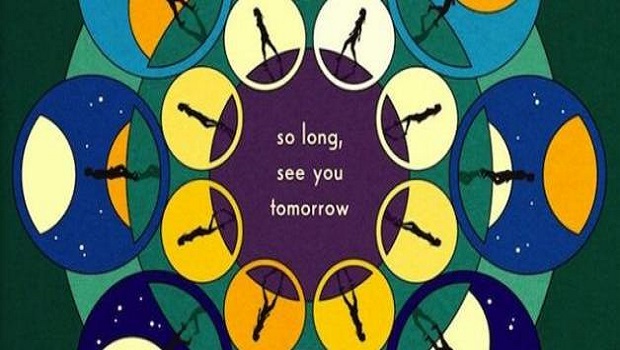 For most people it’s exciting when one of their favourite bands announce a release date for their new album. For me, however, it’s quite the opposite. I start to worry. ‘Oh, what if it’s not very good? What if it sounds too much like their last album’, etc. Waiting for Bombay Bicycle Club’s follow up to 2011’s ‘A Different Kind of Fix’, inevitably, felt like an impending doom. Like the calm before the storm; the evening before sitting an important exam.

But to my complete and utter delight, ‘So Long, See You Tomorrow’ stopped my worrying completely. In a forage of inspiration and creativity, Jack, Ed, Jamie and Suren have ditched the guitar filled buzzes that characterised ‘A Different Kind of Fix’ and, their debut LP, ‘I Had the Blue But I Shook Them Loose’, and have adopted a more lavish, electronic and rhythmic sound. Bolstered by digitalised arpeggios, and etch-a-sketch-style formulations, Bombay Bicycle Club’s fourth reincarnation underpins their true maturity and natural progression as a band.

From his travels, Jack Steadman has brought with him samples of Bollywood and percussive authentication. Reaching in to his satchel, he pulls out a long line of his inspirations, which show themselves in tracks like ‘Feel’ and ‘Overdone’. Sari-like techno waves and brushing riffs sum up the ambitious philosophy of the band. With Jack Steadman taking the reigns as producer, ‘So Long, See You Tomorrow’ grasps the full palpability of the bands philosophy, and moulds it into a beautiful creation of rhythm and melody.

‘Luna’ embodies all of BBC’s immeasurable harmonic and measured qualities, and heaves a cornucopia of indie-electro magic. Together with the angelic utterances of Rae Morris, Steadman’s tight-shirt vocals emphasise the melodic brilliance of the track. “There’s a lot of word to call out / Just waiting for the perfect hideout” the pair call, as the sounds crescendos into the snare filled chorus. The tinkered bobbling of the synthesiser, in tandem with aggressive snare rolls and bouncy bass lines, ransom a torrent of musical symmetry.

Likewise, tracks such as ‘It’s Alright Now’ and ‘Carry Me’ continue the heavy dynamic sound and rhythmic balance, while songs like ‘Eyes Off You’ and ‘Whenever, Wherever’ resonate the delicate, piano-sound that BBC explored on ‘Still’, the last song on ‘A Different Kind of Fix’. As for the colour and life of the album, ‘Home By Now’ ties together a quiver of nostalgia and sombreness, with the help of Lucy Rose, who also made an appearance on the bands previous albums. Fittingly, the album concludes with the title track ‘So Long, See You Tomorrow’ and revisits all of the electronic boundaries that the full album seems to push. Choral, textured and sculpted, the LP remains remarkably poppy and easy to listen to throughout.

My worries now seem completely unjustified. Instead of signing off the start of 2014 with a less than desirable fourth record, Bombay Bicycle Club have shown why they are one of the most unique and talented band in the county. ‘So Long, See You Tomorrow’ is the personification of an indie band trying to become an electro-rhythm. And, somehow, it has worked beautifully. The non-sensical mash up of the dynamic and the absurd. It liberates. It resonates. It animates.

On the whole, ‘So Long, See You Tomorrow; has crashed landed into 2014 as something from out of this world. An extraterrestrial being of experimentation and expression. From exploring swooning guitars and acoustic twangs, Bombay Bicycle Club have once again reinvented themselves as effortlessly and brilliantly as ever.

Check out an acoustic version of ‘Shuffle’ featuring Lucy Rose below: