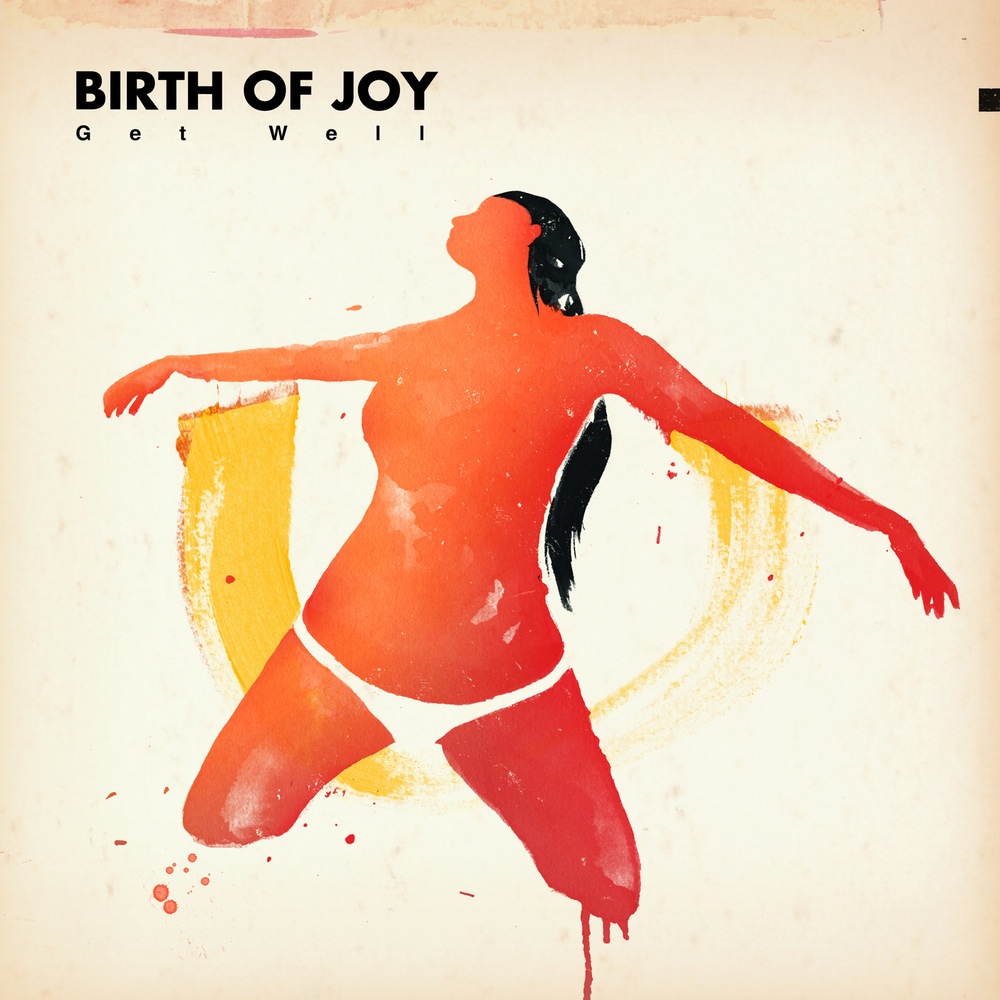 Birth Of Joy - Get Well

Get Well features expert songwriting and stunning diversity, resulting in a flawless studio effort from Birth Of Joy.

Psychedelic rock band Birth Of Joy are looking forward to adding to their discography with their upcoming release, Get Well.

If you haven’t heard of Birth Of Joy yet, you’re missing out on something incredible. I’d argue that it’s unfair to label the band simply as “psychedelic rock & roll”, despite what the band’s Facebook page will tell you, purely because there is so much going on within their music. In Get Well alone, you’ll hear deep, cool lyrics supported by some of the most intriguing and genius music I’ve heard in quite some time.

Birth Of Joy waste no time introducing you to the album as it opens with ‘Blisters’, a track that kicks off with a sweltering guitar riff that invites you to bounce your head along to the rhythm. The song does a great job of showcasing the band’s musical diversity, as it quietens down mid-way in a section led by a deliberate bass rhythm along with Kevin Stunnenberg’s almost gothic-like vocals before launching back into the familiar riff the song is based around.

The entire album is filled with spectacular songs such as ‘Blister’, each one completely different to the other. The insane range of styles incorporated in Get Well is an absolute treat to the ears, as you’ll find with a stand-out from the album, ‘Numb’. ‘Numb’ is lead by the band’s organ player, Gertjan Gutman, and is wonderfully reminiscent of a number of legendary Led Zeppelin songs.

If you’re a fan of The Doors, you’re going to adore ‘Midnight Cruise’. It’s no surprise that the band have listed one of their main influences as Jim Morrison & Co., considering the overall vibe in this track – a fusion of blues and jazz, resulting in a smooth tune that’ll fit right in on your playlist next to ‘Riders On The Storm’.

Further proving my point that Get Well has an amazing amount of diversity is the album’s first single, ‘You Got Me Howling’. The fairly simple, but effective, riff, the energetic drums played by Bob Hogenelst are just some of the ingredients you could find on a huge indie rock hit, and there’s no reason to believe this track won’t be one. The band have produced an official music video for this one, so make sure to check it out if you’re looking for a teaser of the upcoming release.

Get Well closes with a single that Birth Of Joy launched just last week, titled ‘Hands Down’. Introduced by a military-on-speed snare roll, this song features a peculiar but fascinating time signature that transforms into the standard 4/4 during the chorus. ‘Hands Down’ is energetic and fun, but above all it shows off each of the band members ridiculous talent and will leave you perfectly content to hit that repeat button numerous times.

Birth Of Joy have a real gem on their hands in the form of Get Well. I wouldn’t be surprised to see them launched to the next level of popularity once listeners grab a copy of the album as it’s diverse and stunningly flawless. I thoroughly look forward to seeing what the band get up to for the rest of the year, and if you want to catch them on the road, they’re currently touring a number of dates which you can find on their official Facebook page.