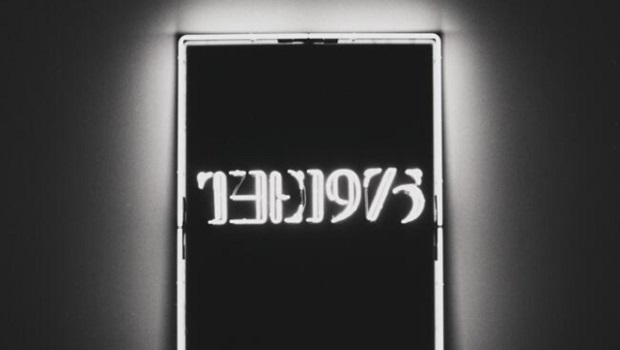 2013 was an incredible year for The 1975, seeing them flourish from a fairly under the radar band into one of the most talked about acts of the year.

I remember the first time I heard them, it was late 2012 and I was in my car listening to Huw Stephens on BBC Radio 1. The track he played was ‘Sex’, taken from their second EP also titled ‘Sex’, and I’d fallen in love with the song before it had even finished.

Early 2013 was when the foursome from Manchester really began to pick up some momentum, with the release of the single ‘Chocolate’. This track came from their third EP, ‘Music For Cars’, which was released at the beginning of March and claimed their highest chart position to date, peaking at No.19. May saw the release of the forth EP, aptly named ‘IV’, with single ‘The City’ charting at No.30.

Following on from this success frontman Matt Healy and the boys went on to play some huge gigs. The first of these on 26th May as they supported Muse on their ‘2nd Law World Tour’ at the Emirates Stadium in London. And, if that wasn’t big enough, they then supported the Rolling Stones at London’s Hyde Park on July 13th, not to mention the Festival Republic stage at Reading and Leeds.

On September 2nd we were finally treated to the release of the highly-anticipated, self-titled debut album, which soared straight to No.1 of the album chart, and it did not disappoint. From start to finish the album delivers in every way, ticking all sorts of musical boxes. From up-beat, catchy pop tracks like ‘Chocolate’ and ‘Girls’, to more alternative and rocky sounding tracks in the form of ‘The City’ and ‘Sex’, and even a calmer, more emotional offering with ‘Robbers’. It really does have something for everyone.

The album is exquisitely crafted and flows seamlessly, thanks to the occasional use of short instrumental interludes between tracks, meaning you could listen to it from start to finish and barely notice when the track has changed.

In support of the album release the mancunian quartet toured the UK through September, and even opened for Bastille at the iTunes festival. They are currently on another UK tour this month and next month which also ventures into Ireland. After a short break, they will then embark on a tour of North America between 17th April and 1st June, before returning to British soil to play at Isle of Wight festival in mid-June.

Having captured and mastered their own unique sound it’s no surprise that The 1975 achieved such success through 2013, and will continue to do so through 2014 no doubt.

‘The 1975’ comes in at No.8 for us, and we cannot wait to hear what they have up their sleeves for us this year!

Check out the previous albums which reached our Top 10: