Fortitude Album Of The Year: 3) HAIM – Days Are Gone 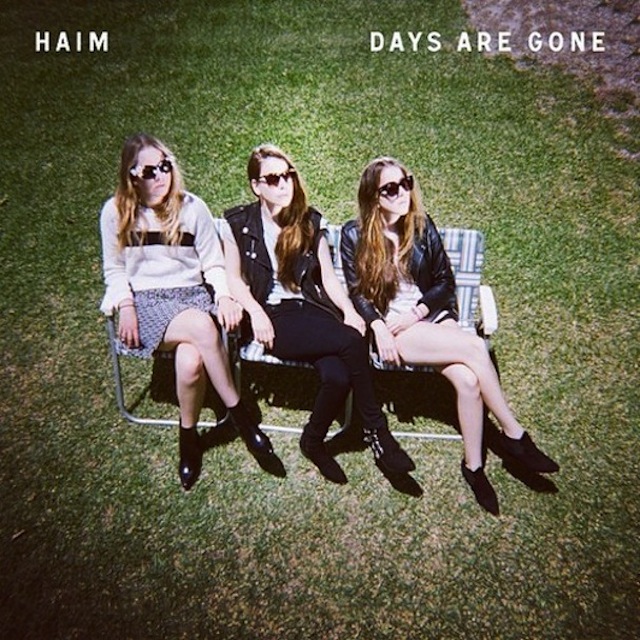 For far too long, I’ve waited for a group of girls to break away from the skimpy stage outfits and run-of-the-mill pop tracks. Thankfully, 2013 was the year the world discovered HAIM.

The year got off to a great start for LA sisters, Este, Danielle and Alana Haim. After bagging the much coveted BBC Sound Of 2013 award back in January, they went on to back it up with singles The Wire and Falling which both charted in the top 40. As a debut album, Days Are Gone is a wonderfully diverse, uplifting and soulful record with a little something for everyone.

HAIM’s sound has been described as “nu-folk meets 90s R&B” as well as “music that sounds like it was written at a lakeside retreat with Stevie Nicks, John Waite and En Vogue”. Indeed, they have an infectious laid-back style that veers into urban, indie, folk and occasionally hip hop. Beginning their career in the family band, Rockinhaim, the girls went their separate ways pursuing solo projects and embarking on college careers. Then in 2006, HAIM as we know it was born.

Years later, the band finally released an EP titled Forever and singles Forever and Don’t Save Me in 2012 and Days Are Gone came in September 2013. Harnessing a Fleetwood Mac-esque sound, the album swings from the retro funk of The Wire and Honey And I to the quirky urban judders on My Song 5. Interspersed with some intricate electronic patterns seen on Running If You Call My Name, Days Are Gone is a perfect blend of old and new making it the ultimate ‘cool’ record of the last year.

Since the release of their album, which has appeared on countless Best of 2013 lists, HAIM’s profile has raised with performances on Jools Holland’s Hootenanny and a UK tour on the horizon in March as well as a slot at Coachella in April. They’ve come a long way in a very short space of time, which is exciting for the coming year. Where will they go next?