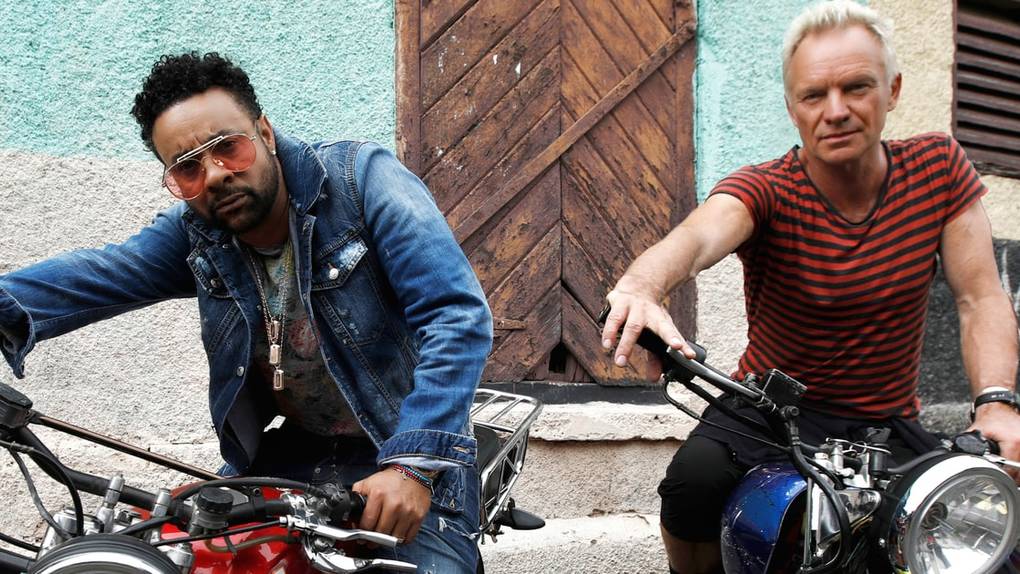 This is a cringing, meaningless album by a man who should know better, and Shaggy.

Without encountering a single note, you have formed an opinion of this record. This is completely understandable, but even if you have decided that nothing could be worse than a Shaggy/Sting team up, Fortitude implores you to read on.

Brought together by Sting’s manager – who was formerly Shaggy’s A&R guy – the two have made 44/876, an album inspired by Jamaica and its surrounding islands. Obviously, the internet is having a great time with this, as the idea of Mr Loba Loba and the Englishman In New York banging out a record is so impossible that it might be amazing.

It’s not. Putting these two performers previous successes to one side, the music on 44/867 is sunny and beautifully produced, but the lyrics are cold-blooded murder. Hearing Sting talk about ‘bass frequency’ and the spiritual importance of Bob Marley while someone shouts ‘Sting!’ in the background made Fortitude’s plants die from embarrassment. 15 tracks of this (plus a remix!) is sadistic, but not because the music is badly made; it’s genuinely uncomfortable.

With every passing second, the feeling that Sting is keen to leave the studio increases. The dinner-party crawl of ‘22nd Street’ has a Boys II Men-doing-cod-reggae vibe, commencing with a solo vocal by the former Police bassist which is parchment beige but acceptable until Shaggy’s rubbery mumbling blunders its way into earshot. Eulogising about meeting the woman of his dreams is both at odds with other portions of the record and in keeping with the Boombastic nature of Shaggy’s narrative; fall madly in love at first sight before commencing some Olympic-level infidelity.

Being bad at love and worse at cheating jars oddly with some of 44/876’s political content. ‘Dreaming In The U.S.A.’ addresses the domination of the States in the minds of the young, and how difficult it is to get a Visa. These are important matters at this point in history, but utterly the wrong vehicle for their conveyance. If they really wanted to help, the money used to produce this pointless record could have gone to a good cause, or given food and shelter to areas of Jamaica that need it, but it’s being used to serve a collaboration that nobody wanted and fewer asked for.

No-one was going to tell these two men not to do this, and in purely objective truth, an album of sunny reggae that’s a little uncomfortable to listen to is an uncommon triumph. If you consider Guns ‘N’ Roses a heavy metal band, this would likely stay in the CD drive of your Ford KA all summer, but taken as a record on its own without the star power associated with both its protagonists, this is a cringing, meaningless album by a man who should know better, and Shaggy.