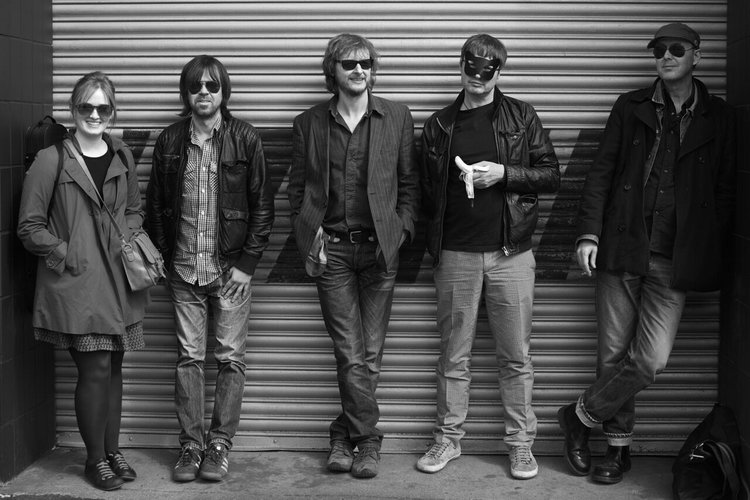 Following the band’s debut Ask The Animals and countless not-for-profit events that they have put on to give all kinds of bands a stage to play on, Glasgow’s Starry Skies have now released their wonderfully eclectic second album Be Kind.

Reflecting on the need for there to be more kindness in the world, as the title would suggest, the album fuses together an array of different genres, all tied together by an exquisite musicality and genuine raw emotion.

Of the album and its theme front-man Warren McIntyre explains:

“There are not enough people being kind to each other… It’s really clichéd but it’s nice to be nice. I decided I wanted to be more straightforward lyrically and send a simple message about spending the rest of my time on this planet being as kind as I can as much as I can.”

Instantly, from the delicate folk-strewn melodies of title track and opener, ‘Be Kind’, we’re introduced to the luscious sounds of twinkling keys and soaring strings, which continue throughout. However, next track ‘Glitter and The Glory’ immediately changes the pace, propelled by an uptempo energy and catchy Americana-inspired hooks; after the contemplative start to the collection, it’ll have you up and dancing in an instant.

Continuing to treat you to a variety of sounds, tracks such as ‘Starry Skies’ and ‘Sugar Cane’ ooze blues-strewn vibes, with Warren McIntyre’s raw vocals harking back to the nostalgic sounds of the likes of Bob Dylan, interweaving heartfelt emotion with a sparkling musicality and over-arching feeling of hope.

‘Loving You’ and ‘I’ll Be There’ offer a more mellow mood, shining with beautiful harmonies and flowing with a gentle emotion that’ll warm the heart and soothe the ears, before the likes of ‘High Girls’ and ‘Guns And Gold’ up the tempo once again with an immediately infectious energy that’ll have you thinking you’ve been transported to the scorching south of America, leather jacket on back, guitar in hand.

However, closing the album, ‘One Of These Bright Mornings’ ends the collection in the same vein as it started. With a beautifully heartfelt emotion and delicate, shimmering musicality, sweeping strings soar, creating a majestic grace that’ll leave you feeling at ease with the world, and more than ready to spread the message of kindness that the album advocates.

Be Kind is out now via Fox Star Records.