Album Review: You Me At Six – Cavalier Youth 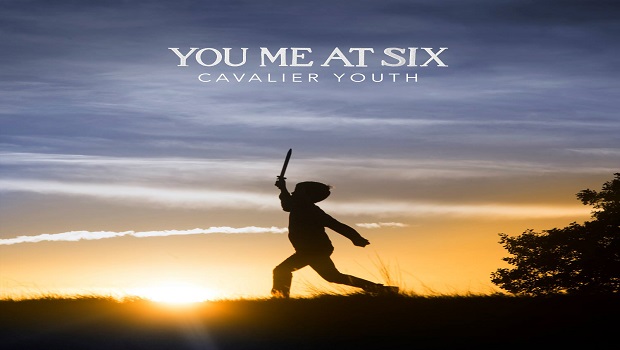 UK rockers, You Me At Six, seemed to be unstoppable while they elevated from strength to strength through the motions of ‘Take Off Your Colours’, ‘Hold Me Down’, and the latest ‘Sinners Never Sleep’. Taking quite a break, the band are now back with their fourth studio album, ‘Cavalier Youth’. But, the question lingers; are You Me At Six really back?

Kicking off with an upbeat pop/rock fusion of steady verses and a catchy chorus, ‘Too Young To Feel This Old‘ sets us off. Sort of descending on an older You Me At Six vibe- Josh’s vocals clean cut- it’s definitely a pleasant opening to this comeback album.

‘Lived A Lie‘, the first of two singles taken from this forthcoming album, is reminiscent of ‘Hold Me Down’. Stemming from a direction many would like to imagine You Me At Six going back to, the following tracks fail to sing off the same hymn sheet and aim to head in a heavier, more rock direction.

The middle of the record lets the sound down slightly. With an apparent intention to kick up a bit of a rock feel, sort of continuing on from the heavier side of ‘Sinners Never Sleep’, an unwanted pop tint got locked in with it. Not a sound that does this highly anticipated and long awaited You Me At Six comeback any justice.

Fortunately, tracks like ‘Cold Night’ and ‘Hope For The Best‘ redeem things for their fellow tracks, both recognisable as stand out tracks along with ‘Wild Ones’.

On first listen, the album seems a bit mediocre- nothing to get too hyped up about, but it does grow after two or three listens, so give it a chance. A nicely structured bundle of tracks, though with mixed signals in terms of sound. But given that we’re never going back to the ‘Take Off Your Colours’ and ‘Hold Me Down’ days, maybe we couldn’t have asked for more than ‘Cavalier Youth’.

Check out a live acoustic version of ‘Lived A Lie’ below: