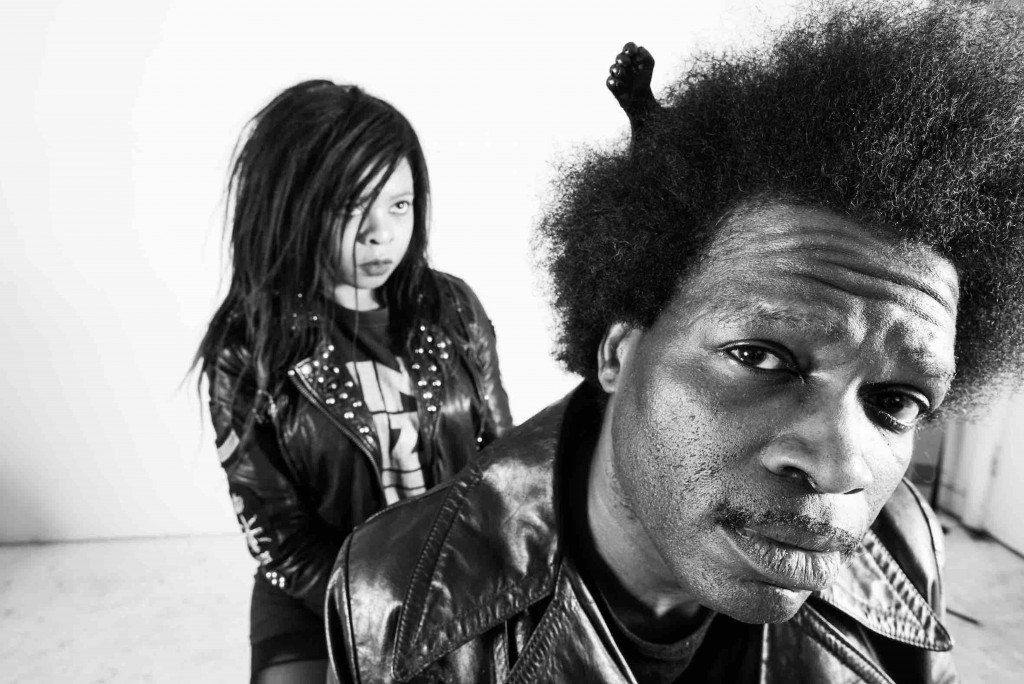 The duo released their debut Middle of the Night in 2015 and have since made appearances at Dublin Fringe Festival, the Decolinise Punk Fest, alongside Skinny Girl Diet, and Punx of Colour Fest in New York. Inspired by a number of genres including punk, rock, funk, metal and soul, Sabatta create a sound that is difficult to categorise and very much plays into the aptly named title of their album, Misfit Music.

Opening with the raucous ‘Rock Star Shit’, Sabatta immediately capture the listener with an in your face style of alt.rock; guitars rage as the purring, spoken word vocal style of Yinka Oyewole dissects the often glamorous misconceptions of what it is to be a ‘rock star’.

The band cite the likes of Bad Brains as their inspiration and it’s easy to see why. Second track ‘Wicked Right Now’ amalgamates punk rock spirit with classic rock sensibilities as expertly picked guitar solos and vibrant drum segments billow from the speaker. The most effecting element of Sabatta’s music is the raw passion that seeps from every chord they strike. This is apparent on ‘Always’, which packs a punch that would knock out Mike Tyson,  as billowing, heavy riffs are combined with the highly skilled rhythm section to add an extra layer of depth to an already overwhelming wall of noise.

‘Feel It Too’ sees Sabatta continue to pulverise your ear drums with their screeching, sonic soundscapes eating you up and spitting you out. While ‘Innocence’ offers a departure, and much needed breathing space, as the band bring the levels down one or two notches and illustrate their ability to offer a diversity to their sound that isn’t always associated with punk rock bands.

‘Speed of Life’ closes out the eight track album with Sabatta revisiting their signature sound of heavy beats and heavy grooves, while further exploring the socially conscious lyrics that wonderfully highlights their mantra of ‘fuck genres, fuck labels, fuck rules and fuck fitting in’.

Misfit Music is out now. Have a listen to ‘Rock Star Shit’ below and check out more from Sabatta here.