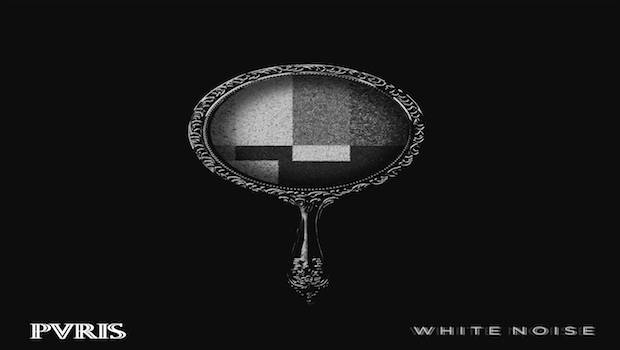 With PVRIS beginning to cause a hype among alternative music fans, their full length debut album ‘White Noise’ is finally released.

From Lowell, Masschusetts, PVRIS consists of Lyndsey “Lynn Gunn” Gunnulfsen (vocals/guitars/keys), Alex Babinski (guitars/keys) and Brian MacDonald (bass/keys). After the release of a self-titled EP and an acoustic EP, the band entered the studio with Blake Harnage of Versa (previously VersaEmerge) to begin the recording process for album, ‘White Noise’. They are the first and only female fronted band signed onto record label Rise/Velocity Records, and have already earned their way onto great tours, such as Vans Warped Tour, and are currently on The Honeymoon Tour with pop-punk names Mayday Parade, Tonight Alive & Major League in the United States.

Opening track ‘Smoke’ begins with a drum beat and ambient guitar riffs before we hear Gunn’s distinctive vocals and begin to have a feel of the type of sound the band is aiming for. Instantly we can see the Gunn’s lyrical talent within the song; “you make your way into my veins cause I threw my limbs and take away into my brain, so when the second you walk into a room I can’t help myself from the things you do” and “I think it’s time you burn me down, and all the things we do when it’s just me and you, I’m burning up.”

The next track ‘St. Patrick‘ became the first single released for the taster for the album and has already been played on BBC Radio 1. It begins with a synth-hook and an anticipatory drum beat before bursting into a catchy pop rock instrumental, with a catchy chorus showing Gunn’s strong, vocal with a gravelly hints showcasing her distinctive vocals. Ending with a subtle “I’ll still wait for you“. Linking nicely into the second single ‘My House’ with synths and a drum soundboard through the verse before exploding into the chorus with a heavy dark melodic riff. The bridge again showcases Gunn’s vocals with raw emotion and angst-filled lyrics “haven’t you heard I’m not yours anymore“. It is no surprise to have these two infectious tracks as the first releases from the album, causing you to continually press repeat.

‘Holy’ could be mistaken to be an Echosmith track with the synthpop intro, but there are subtle hints that reaffirm that it is indeed a PVRIS song. The track is carried by a bass line and a synth drum beat throughout at a slower tempo than previous tracks. It seem to question religion with cleverly written lyrics “You put on a faith façade, think you’re holy when you’re not / I know that when you sit and pray you’re only praying for keeps” and “You don’t know, you’re all alone you poor unfortunate soul, you can’t control where your body lets you go“.

Title track ‘White Noise’ came as the third single, with heavy synths and an anthemic chorus which gives the track a slight dubstep feel, along with a more electronic feel. It shows how daring this new band are, and how comfortable they are with the variety of sounds present in each track. The most powerful performance from Gunn comes in ‘Fire’ with some aggression in lyrics “your bridges are burning and all your tables are burning“, the emotion is present along with melodic guitar riffs.

‘Eyelids’ is hauntingly beautiful and one of the slower and softer tracks of the album with heartfelt lyrics “when I wake up with your hand inside mine, it’s hard to say good morning when it’s followed with goodbye / our eyes fighting the light but I’m not ready to say goodnight” and ending with a phone voice message, which seems to imply this is a love song and coping with the struggles of long distance relationships. “Mirrors” seems to be a continuation from the previous track, beginning with a simple drumbeat, synths and vocals “darling don’t be so shy I’ll see you at midnight / you make me feel alive, I’ll wait to see you again“.

‘Ghosts’ comes in with a guitar riff that is slightly reminiscent of Paramore’s ‘Let The Flames Begin‘ and is another softer track, with a piano instrumental, before heading into the final power driven chorus and ending with the repetition of “make me believe“. The album ends with the powerful ‘Let Them In’, a strong ending with high energy with distinctive lyrics “I want to feel something / I let you in” followed by ethereal vocals from Gunn through the building instrumental, which fuels them to the finish line.

Overall, ‘White Noise’ is bound to be one of the top albums of the year; the combination of Gunn’s powerful vocals and the heavy riffs and hints of synths and electronics make it a unique album. There are some subtle hints of VersaEmerge which may be explained by the album being produced by Harnage. The band of come far from their first EP, beginning to build a more distinctive sound.

Check out the music video for ‘My House’ below, which has just been named this week’s Rockest Record by BBC Radio 1: 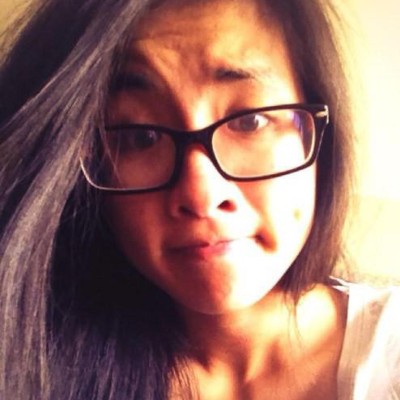