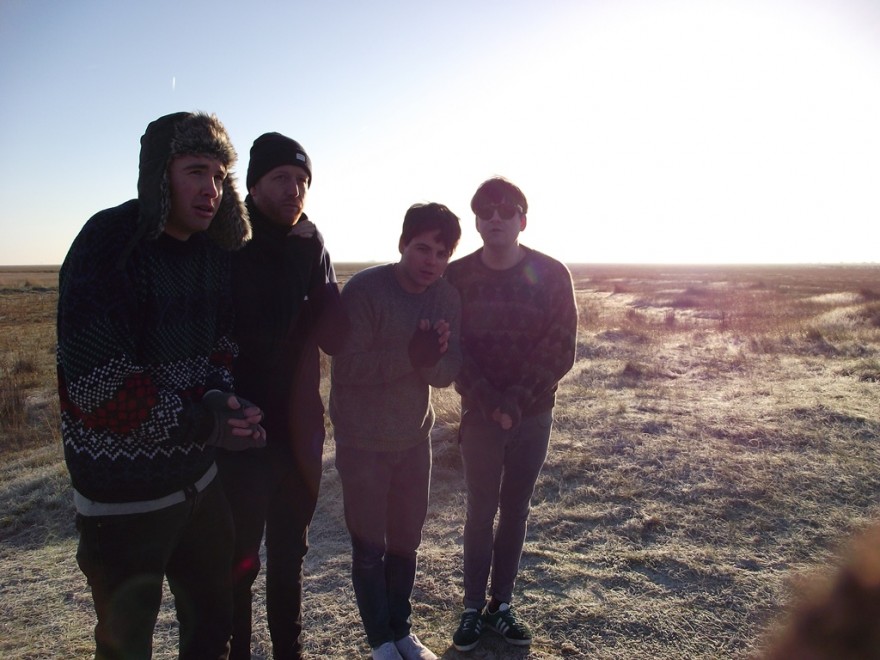 Clever, beautiful and real. It's clear that Orphan Boy had a vision for what they wanted their music to be, and this album showcases that vision incredibly.

Cleethorpe band Orphan Boy have somehow slipped under the radar since their inception in 2008, but recently they released their third album, Coastal Tones, and it should probably be receiving a lot more attention than it has so far.

Defining Orphan Boy under one specific genre is a difficult task. If you check out their Facebook page here, they’ve listed themselves as “council pop”. Realistically, though,  they’re more a hybrid of multiple styles – including, but certainly not limited to, folk, rock, pop, country and maybe even a touch of jazz. This makes for an incredibly unique album, musically. Vocally, imagine a slightly-more laid back Jake Bugg, and we’re getting close to frontman Rob Cross’ style.

Coastal Tones opens with the album’s first official single, ‘Beats Like Distant Tides’. We’re treated to the peaceful sounds of waves crashing against a shore and what appears to be a seaside amusement park’s Ferris wheel. This fades gently into an upbeat, energetic drum beat which remains throughout the song. Rob Cross, on vocals, has previously stated he “always liked the idea of seeing the beauty in the mundane”. For a song that features “there’s a raincloud, and it hangs right over” as it’s first line, the music definitely does a good job in making the song’s mental picture a lot more beautiful than you’d think.

The album is, arguably, musically flawless throughout. Each instrument complements the band so perfectly in each track, creating the exact atmosphere needed to commend the story behind the lyrics. Take a look at one of the album’s highlights, ‘On A Nelson Skyline’, which features a stunning saxophone piece that provides a wonderful backdrop to the song.

‘From The Provinces’ is billed to be the album’s second official single, and stands alone as being a bit more poppy than the other songs on Coastal Tones. By no means, however, do I mean this negatively. It may be slightly less complex than other numbers here, but it features a catchy hook with a vocal line you’ll be singing in your head for a while to come. Keep an eye out for the single release of ‘From The Provinces’, as it’s a song that could possibly see this band taken to a new level.

Another stand-out track heard here is ‘Money To Money’. If you have access to a music streaming service such as Spotify, I recommend checking this one out immediately. The song centers around a deep drumbeat and undeniably holds the title of “most infectious chorus” present on the album.

The lyrics from album closer ‘Thirtysomething Lovesick Ballad’ are gorgeously poetic. Cross more-or-less speaks rather than sings, backed by little more than a hi-hat and a gentle, simplistic bass groove. That is, until he commands the listener to “watch this”. Suddenly, the music builds upon itself. Layers of guitar are added to the keyboard work and a quick tempo drumbeat works its way in until the song ingeniously fades out to the sound of the familiar waves we heard at the start of the album. Simply beautiful.

Listening to Coastal Tones is practically akin to undertaking a roadtrip through Britain’s smaller towns, countrysides and seasides. It’s clear that Orphan Boy had a vision for what they wanted their music to be, and this album showcases that vision incredibly. We’ll be keeping a close eye on this band – we can’t wait to see what else they have hidden up their sleeves.