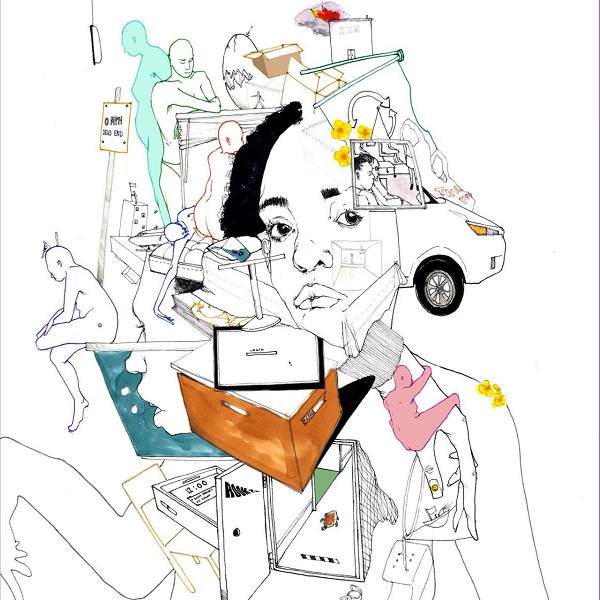 Noname elevates her sweet sounding neo-soul/jazz-flecked rap style to new levels - Room 25 it is like nectar for the soul.

The meticulously crafted beats are rich with live instruments and form organically, like trees for Noname to breeze through with her sweet-sounding lyricism.

Do not take the 9/10 rating lightly, Room 25 is one of the best albums of the year. It’s amazing how this softer “lullaby rap” hits every bit as hard as the louder, boastful style of rap. Her mastery on cadence makes Room 25 feel like a trickling waterfall of intriguing reflections. She bears herself absolutely and unapologetically with a sharp wit.

Her poetry-like raps are captivating. It’s more than a barrage of impressive punchlines – she tells a story and brings life to her lyrics with a prowess for words and imagery that is magnetising. Noname creates reflective, searching music with plenty of black love, joy and self-therapy. On the second verse of “Prayer Song,” she raps from the perspective of police officer Jeronimo Yanez recounting the infamous traffic stop shooting in 2016: “I seen a cell phone on the dash, could’ve sworn it’s a gun, I ain’t see a toddler in the back after firing seven shots, a demon ’bout to get me, he watching me kill his mom.” The mesmerising “Don’t Forget About Me” is a rumination on life’s existential realities, including a tender tale of a mother going through chemotherapy.  On the final track, she details the vast ocean of reasons why she chose to be nameless (Noname), sewing seeds from her personal life throughout the finale.

A skilful ensemble of musicians playing live instruments (a rarity in rap) score the album. Included in the roster, is a particular 12-piece orchestra which Noname admits she blew the entire budget for the album on, but it sure paid off. The shimmering string sections are gorgeous and mingles perfectly with the warm production for a hypnotic atmosphere. The extremely original percussion is also sublime. On the lively “Prayer Song”, the jazz-like drums provide energy and simmer unpredictably. High-hats and rim-shots skitter along on “With You,” and “Montego Bae” has an infectious bop with the distant drum of bongos. Throughout the album, the drums provide the same neck-snapping grooves as Voodoo-era D’Angelo. In fact, Noname seems to share a spiritual and musical soulmate in D’Angelo, even calling him out on “Don’t Forget About Me”: “Somebody hit D’Angelo, I think I need him on this one.” The sonics encapsulate the joy that comes with creative freedom and the independence that Noname has adamantly fought for.

Noname is the skilful lyricist at the centre of Chicago’s hip-hop renaissance. She has built her artistry on neo-soul jazz-flecked rap music, coming up alongside Chance The Rapper and Saba (who delivers a blistering verse on “Ace”) in the spoken word scene; hence why her raps sound so different from everything else out right now.  She established a fan base with her innovative style, a refreshing spout of guest spots and eventually her debut album Telephone. But Room 25 – her second album – is where her artistry truly flourishes.