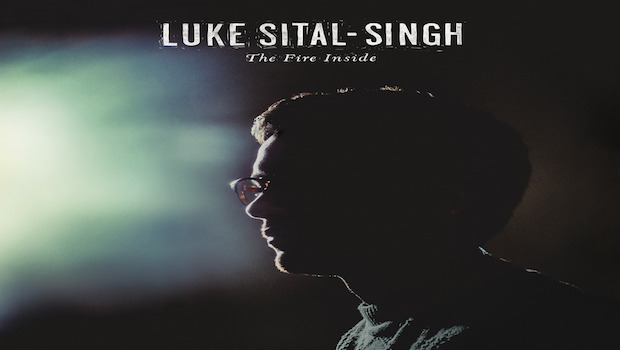 Produced by Iain Archer, the long awaited and highly anticipated début album ‘The Fire Inside’ sees Luke Sital-Singh live up to expectations having been tipped for 2014 by so many…

Reminiscent of a Bon Iver sound, the album is jam packed with a sort of gentle power. Ranging from real forceful, pounding tracks to intricately timid numbers, its 12 tracks captures a solid versatility .

The known and loved ‘Nothing Stays The Same’ opens the album on an initially gentle, smooth sailing note, transitioning into a vocally emotive chorus of “cry your eyes out, fill your lungs up, we all hurt, we all lie and nothing stays the same”.

A definite stand-out track of the album is the completely stripped back ‘Nearly Morning’. Probably the most heart-wrenching and poignant on the record, the humbling lyrics brought to minimal life by raw acoustics is just beautiful.

Similarly, ‘Fail For You’, further on in the album is another extensively mellow track, this time smashing flawless harmonies on minimal instrumentals. Familiar from Luke’s very first EP ‘Fail For You’ back in 2012, this is expected to be a firm fan favourite.

The album draws to a close on ‘Cornerstone’ and ‘Benediction’ – two perfect tracks to wrap up this impressive début. ‘Cornerstone’ is the more folky side of Luke’s sound; steady strumming patterns, rustic vocals and a maintained tempo. Whereas ‘Benediction’ brings the more dramatic ending, carrying it all back to the piano. It’s great to see such a delicate ballad pulled off to conclude what is overall a relatively placid album.

Quite Damien Rice meets Bon Iver, ‘The Fire Inside’ is a fantastic result of a début album. The wait was worth it, and hopefully now Luke is in full swing, ready to keep them coming.