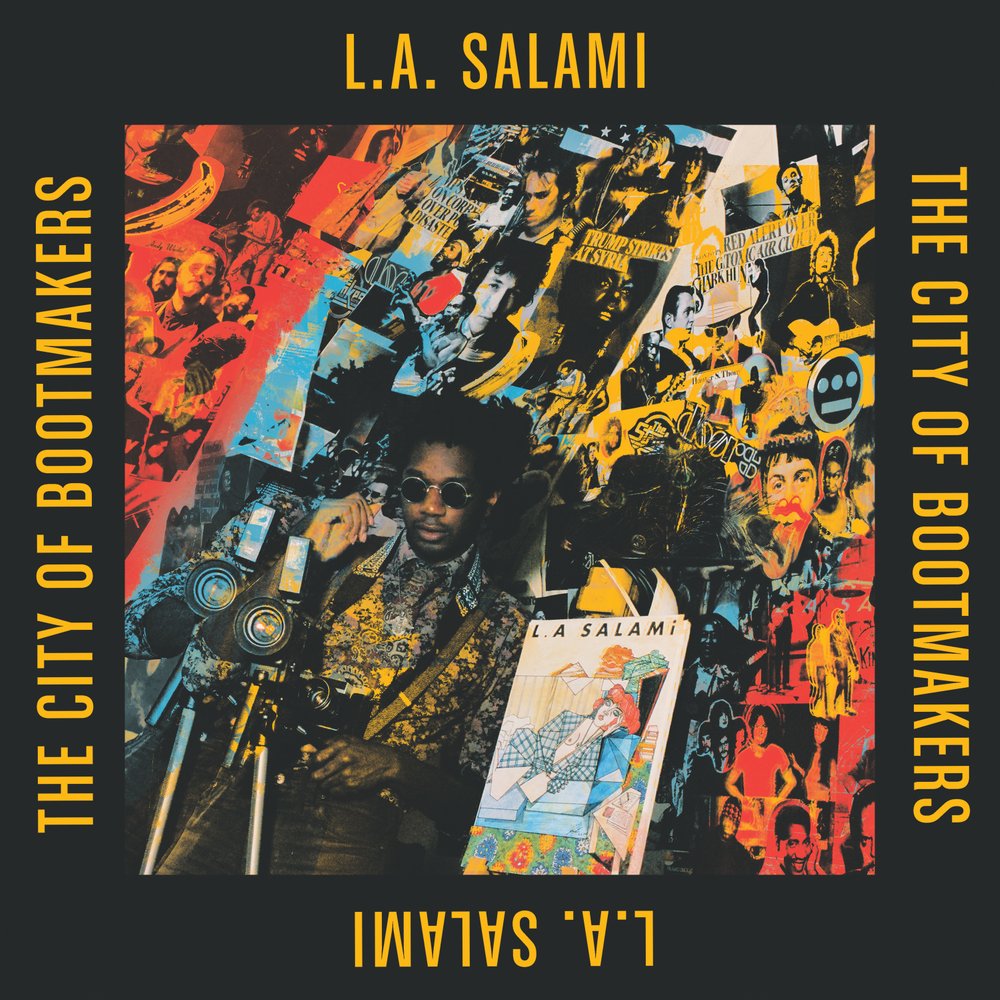 A true triumph and a work of art that aspires to inspire.

East London poet, storyteller and folk hero, L.A. Salami return with a follow up to his debut full-length Album,  ‘Dancing With Bad Grammar’ with his latest studio effort ‘The City of Bootmakers’.

‘The City of Bootmakers’ sees L.A. Salami set out on a musical journey with a sound that feels all of his own, a vast contrast from his first effort that saw Salami and his band pull sounds from a rainbow of influences that was eclectic in its approach.

Opening track “Sunrise” is almost modern Dickensian in its poetry style and sets up the bohemian tone from the offset, which enhanced this sun-soaked day during the time of writing. “Generation L(ost)” & “Terrorism! (The Isis Crisis)”, goes hand in hand, and perfectly highlights what L.A. Salami is a genius at – understanding and telling the story of how noisy, contradicting and lost each and every one of us is, in this age of incredible political and sociological uncertainty. I can’t help but smile with the reassurance that with lines such as ‘I’m penniless, but I’ve sold my soul’ in “Generation L(ost)” that the millennial experience is a shared one.

Standout tracks, “I’ll Tell You Why”, “A Man; Without Warning”, “Science = Buddism = A Reality You Can Know” and “Jean Is Gone” create this incredible thought-provoking atmosphere that saturates the album,  that that enables you to look through the window into the mind of L.A. Salami, a genius that has firmly found his feet musical, sounds incredibly grounded lyrically and truly leaves an impact and get’s you really wondering about modern life, in a way that is truly his own.

When I first saw him play in a serendipitous moment at Bestival in 2014, I noted him down as a Dr Who type of figure, taking us on a musical journey through time and space. It’s been amazing to see he’s transcended that persona and gone full circle to embody an artist who speaks for some many, by crafting a story in his music that is beyond his years. A true triumph of an album and a work of art that aspires to inspire.