Kodaline have delivered a perfect follow up to their debut album. A little more sophistication, depth and diversity.

Following the success of their debut album ‘In A Perfect World’, the Irish quartet have been knuckling down writing and recording what comes as a more powerful, hard-hitting album than its predecessor.

The album opens on ‘Honest’, the first single the band released from the album in January. The track holds a darker tone instrumentally, and a more indie vibe in the vocals and rhythm, something we didn’t see a lot of on the first album.

‘One’ takes the tempo down a notch, coming in as a piano dominating number. Releasing a live version today, Kodaline explained this song was written about “a couple very close to our hearts who have an amazing relationship”.  Riddled with a subtle drum tempo, backing vocals and more close-knit band sound as it progresses, it’s definitely a stand-out track on the album.

Electric-infused ‘Human Again’ is one of the better examples of this new sophisticated sound Kodaline seem to have captured on this record. Reminiscent of Muse with a pop twist, we see a deeper rock edge to the previously poppier sides of Kodaline.

Tracks like ‘Come Alive’, ‘Ready’ and ‘Play The Game’ all showcase the upbeat side of the album. Specifically ‘Come Alive’, which puts down a totally new end of the Kodaline spectrum. The vocals spurred from frontman Steve Garrigan are carried on an addictively up-tempo array of instrumentals, the backing vocals intricately sparked with euphoria. 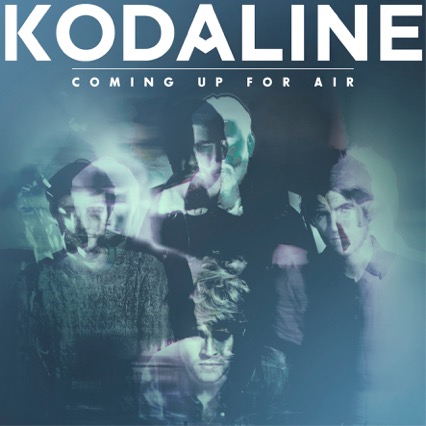 The mellow side of the album is more familiar, very similar to debut album heart-wrencher ‘Talk’. Notable gems of this description come in the form of ‘Better’, ‘Everything Works Out In The End’, and our track of the album ‘Love Will Set You Free’.

Piano led and vocally emotive, ‘Love Will Set You Free’ stands out as the most poignant track on the album. One of the more stripped back numbers, it contrasts well with the rest of the record.

‘Coming Up For Air’ is what we would have hoped for in Kodaline’s second album. The pressure was on following the immediate substantial acclaim of their debut, and any expectations are well and truly conquered on this release.